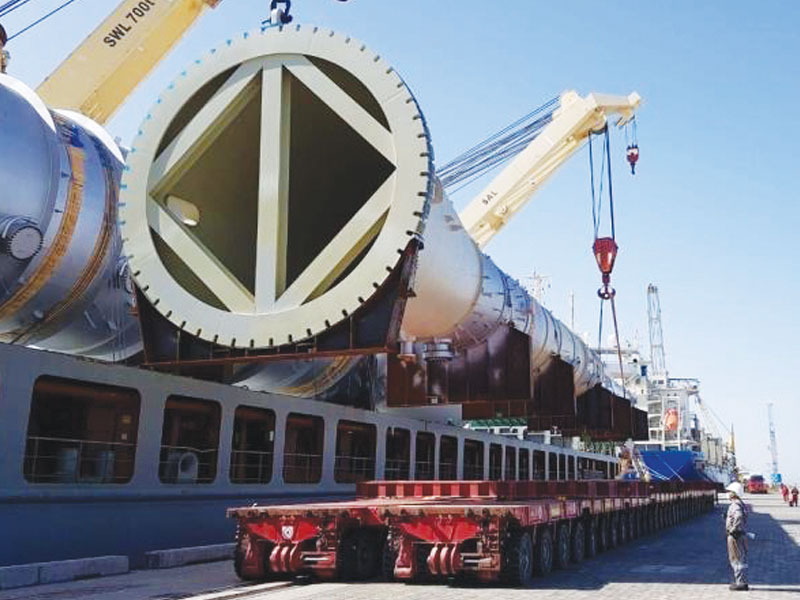 Port of Duqm announced that it has achieved another milestone by handling a very heavy cargo discharge for the multi billion-dollar Duqm Refinery project at the adjoining Special Economic Zone in Duqm (SEZD).

In a statement posted on its website, the port said, “Port of Duqm is proud to facilitate the construction of this key anchor project for the Duqm development and continuously prove its readiness and capabilities to all relevant stakeholders by successfully managing the discharge operations for such landmark projects.”

Revealing more about the shipment, the statement said, ‘The highlight of the shipment is the discharge of one single heavy lift piece weighing almost 800 metric tonnes and measuring 73m in length, a width of 12.6m and a height of 13m.’

Mammoet, a global market leader in heavy lift transportation, will take care of the safe pickup and delivery to Duqm Refinery, Port of Duqm said.

The vessel had on board air-coolers and accessories as part of the engineering procurement and construction (EPC 1) package whose lead contractor is the Spain-based company TechnicasReunidas.

This is the second such heavy lift cargo handled in recent times at Port of Duqm. Two months back, the port received nine LPG storage tanks for the same project, each of them weighing around 780 metric tonnes.