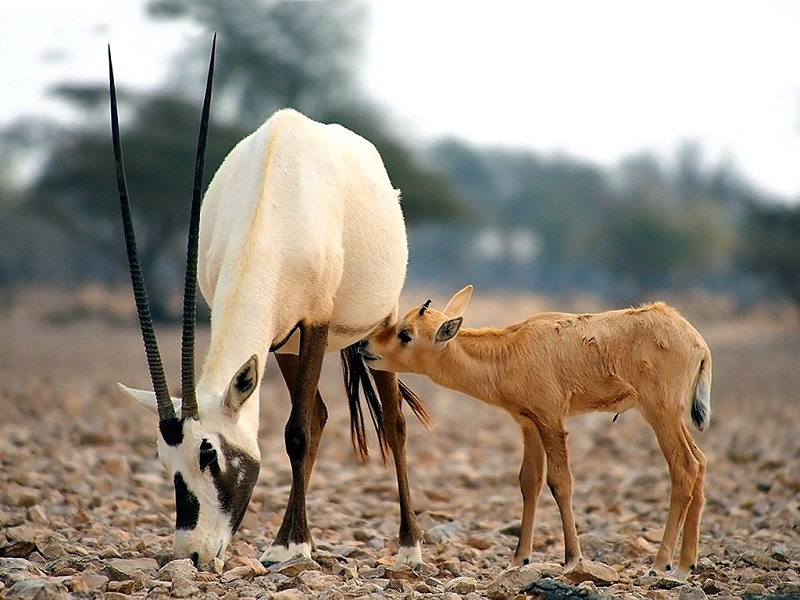 As part of its plan to protect and boost the declining population of wild animals, the Office for Conservation of the Environment at the Diwan of Royal Court is releasing three vulnerable antelope species into the Al Wusta Wildlife Reserve.

The release process of Arabian oryx, Arabian gazelle and Arabian sand gazelle (Reem) was launched under the patronage of Hussain Ali Abdullatif, Advisor and Acting Secretary General of the Diwan of Royal Court, in the presence of the governor of Al Wusta, besides members of the State Council and Majlis A’Shura.

The project aims to support the Omani wildlife and expand the scope of scientific environmental research, to enable the animals to adapt to their natural habitats and release Arabian antelopes in the wildlife reserve.

The Reem gazelle, also known as the slender-horned gazelle, or Loder’s gazelle, is a pale-coated gazelle with long slender horns and well adapted to desert life. It is considered a vulnerable species because less than 2,500 remain in the wild. The Arabian oryx or white oryx is a medium-sized antelope with a distinct shoulder bump, long, straight horns and a tufted tail. It is a bovid and the smallest member of the genus oryx, native to desert and steppe areas of the Arabian Peninsula.

The project is being implemented in two phases with a total of 129 animals being released in the wild this year. The animals are being tagged to obtain data.

The Office for Conservation of the Environment said that the satellite-based tags will help  track animals’ movement. ‘Blood samples of these animals will help in studies and scientific research and identifying the risks,’ the office said.