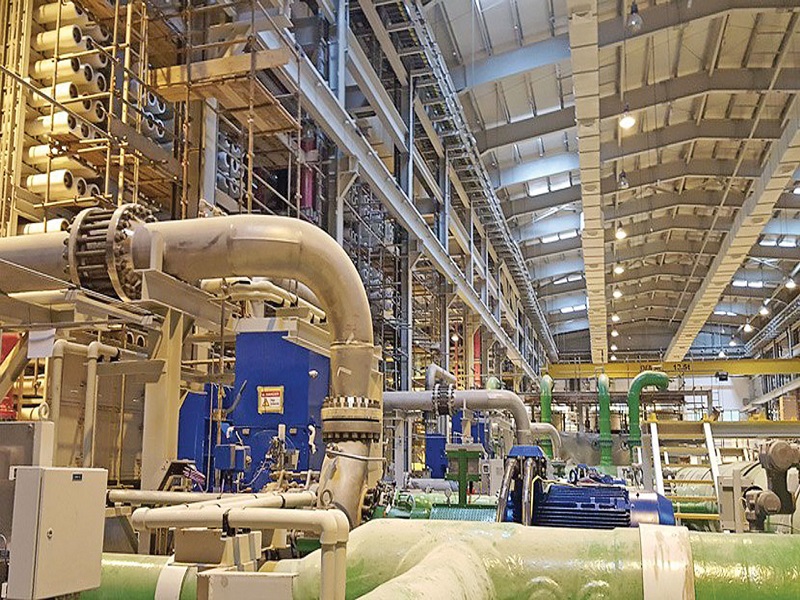 The GCC is leading the world in desalination with the UAE and Saudi Arabia being market leaders, according to data published ahead of the second edition of MENA Desalination Projects Conference which will take place on March 10, 11 in Abu Dhabi.

In Oman, desalination market has been expanding by 5 per cent per year. The country has a total of nine large desalination plants, plus 47 small plants all of which supply about 86 per cent of the country’s potable water.

GCC countries have the highest global water desalination capacity of 81 per cent, producing around 40 per cent of the total world water desalination. Saudi Arabia is responsible for about one-fifth of the global production and leads the world in the volume of desalinated water it produces which makes up 50 per cent of its water consumed. The country is the largest desalination market in the world producing around 4mn m3 of desalinated water per day, and approximately US$80bn is expected to be invested in new projects over the next 10 years.

In Oman, as many as five new Independent Water Projects (IWP) offering in excess of 725,000 m3/day of additional desalination capacity are proposed to be developed at key locations around the sultanate over the next three to four years. The privately financed and developed projects are planned in Muscat, North Batinah, Barka, Masirah Island and Dhofar. The biggest of the five is planned at Ghubra in Muscat. The Ghubra III IWP, featuring a capacity of 300,000 m3/day, is slated for commercial operation in Q3 2023.

Dr Corrado Sommariva, CEO, Sustainable Water and Power Consultants, said, “I chaired the MENA desalination project conference in 2019 and I have the privilege to be again the chairman this year. The way the conference is structured and the key participants at the event are unique. It is a perfect blend of key water sector players that brings together the public sector, the region’s vision for the future development, and the industry which has to follow through with innovation and sustainable solutions.”

More than 400 regional and international stakeholders from government, consulting, contracting and supply chain will highlight the region’s national sustainability visions driving the 2030 water agenda. Over 300 attendees and 30 speakers and panellists as well as 30 exhibitors and sponsors will be there too.