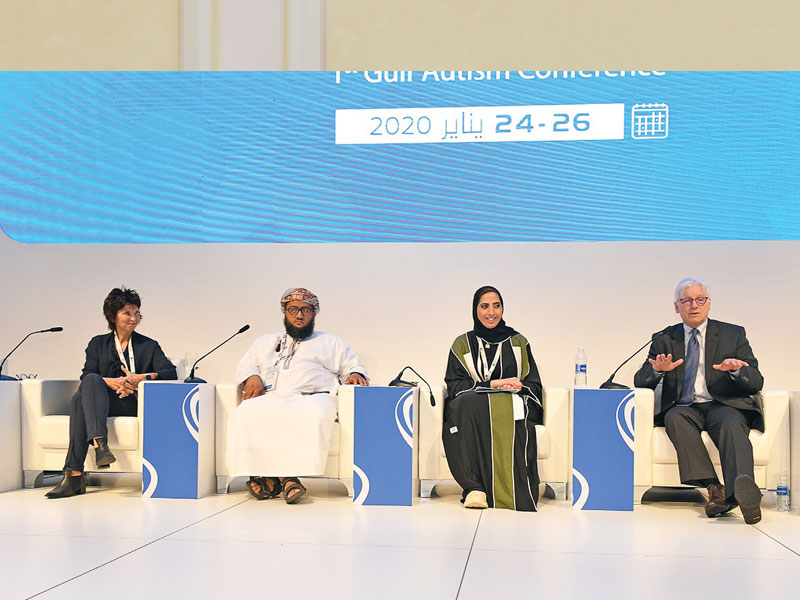 The first Gulf Autism Conference concluded at the Oman Convention & Exhibition Centre on Sunday. The ceremony was held under the patronage of H E Dr Madeeha bint Ahmed al Shaibaniyah, Minister of Education.

The conference was organised under the auspices of the Gulf Health Council, with the participation of the Ministry of Health (MoH) and Sultan Qaboos University in cooperation with the Ministry of Social Development, Unicef Office – Muscat and the King Salman Center for Disability Research.

The conference resulted in a number of recommendations including developing an integrated Gulf policy for the Autism Spectrum Disorder (ASD) and the other developmental disorders, improving the current local and gulf ASD strategies, enabling parents of children with ASD, developing Gulf strategies for experience exchange, as well as strengthening the capabilities of the concerned people to deal with the ASD through practical training based on scientific basics and utilising global experts in this field.

H E Dr Ahmed bin Mohammed bin Obaid al Sa’eedi, Minister of Health, stressed that ASD is spreading in various parts of the world and related statistics vary from one country to another. Therefore, paying attention to children with ASD and fostering efforts must be provided by a number of government and civil authorities.

The three-day meet aimed to establish a common understanding on current approaches for measuring and diagnosing children with ASD, identify needs and gaps in the literature and practice of caring for autistic children, provide basic training methods to participants who are seeking to better understand caring for children and other individuals with autism, as well as review legislation in Oman and neighbouring countries on the protection of children with autism and other disabilities.

Dr Watfa al Mamari, senior paediatric consultant at the Sultan Qaboos University Hospital and Head of the Scientific Committee of the conference pointed out that the international estimations of the World Health Organization indicate that the prevalence of autism has reached approximately 1 per 100 inhabitants, which shows that about 64,000 children have autism in the Gulf.

Dr Watfa stated that based on initial studies, there is a prevalence of autism ranging from 1.4 to 29 per 10,000 people in the Arab Gulf countries. In Oman, the first study, which was conducted seven years ago, indicated that 1.4 among 10,000 Omani children have autism before establishing the institutions of evolutionary medicine.

For this reason, a National Autism & Developmental Disorders Program has been launched in the sultanate.