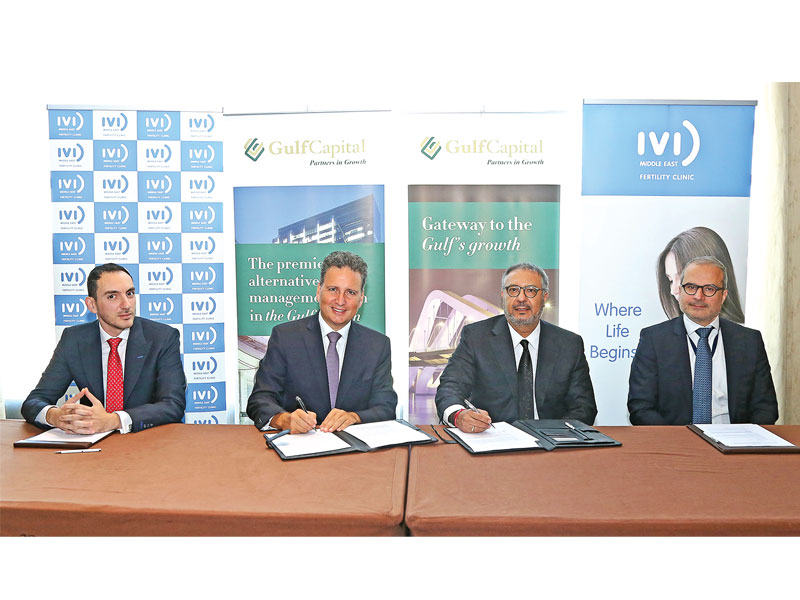 Gulf Capital, one of the largest and most active alternative asset managers in the Middle East, announced recently its three-year growth plans for IVI-RMA Middle East, the fastest growing provider of fertility treatment services in the GCC, following its acquisition of 100 per cent of its stake for over US$100mn.

The transaction is a corporate carve-out of the Middle Eastern clinics of IVI-RMA, the largest IVF service provider globally, and continues Gulf Capital’s strategy of acquiring controlling stakes in market leaders, a press release said.

Launched in early 2016, IVI-RMA Middle East has established itself as the fastest growing IVF service provider in the UAE and Oman, growing at a 50 per cent CAGR since inception, on the strength of very high success rates relative to industry peers.

The new chapter of IVI-RMA Middle East will see the implementation of an ambitious three-year plan. The plan will see the launch of a new platform-wide brand identity in 2020, the inauguration of a state-of-the-art genetics lab in Abu Dhabi, and expanding the number of clinics by more than three-fold to nine clinics taking the provider to new markets in the Middle East, Asia and Europe. The company and Gulf Capital will also be opportunistically looking at acquisitions in other geographies.

Dr Karim El Solh, CEO of Gulf Capital, said, “We are thrilled to back the strongest management and medical team within the IVF sector regionally. This transaction exemplifies Gulf Capital’s tried and tested strategy of acquiring controlling stakes in market leading companies in high growth sectors. We are excited to be collaborating with IVI-RMA Middle East’s strong management team to take this platform to the next level. The investment in IVI-RMA Middle East is Gulf Capital’s largest equity investment to date and is the first corporate carve-out in our firm’s history.”

Suresh Soni, CEO of IVI-RMA Middle East, said, “We are excited to partner with Gulf Capital as we embark on our next phase of expansion and growth. Our partnership with Gulf Capital, which has a storied and long history of value addition and operational expertise, will help accelerate our growth internationally and position us as one of the largest global IVF fertility platforms.”