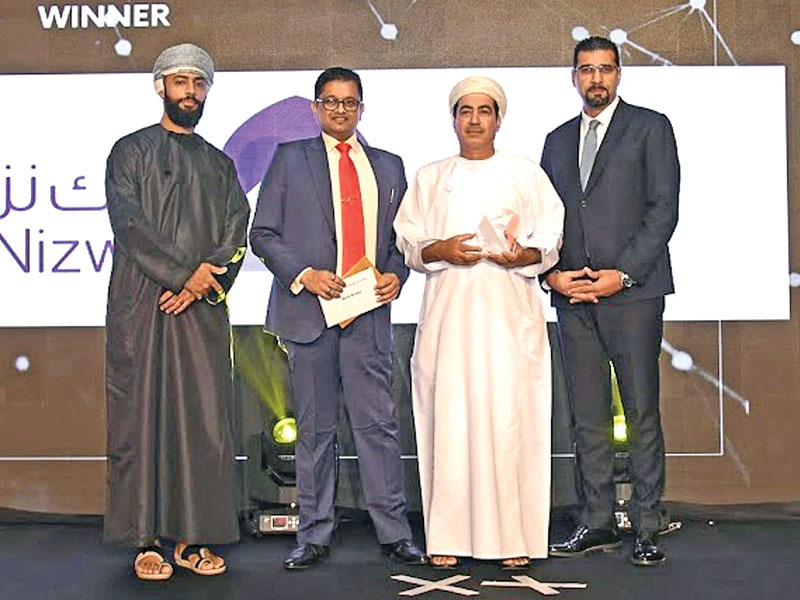 Bank Nizwa has been named ‘Financial Institute of the Year’ during this year’s edition of the coveted MEED Awards.

Affirming its growing reputation as the Islamic financial institution of choice in Oman and growing that reputation regionally and internationally, the bank’s team including vice chairman, MusabahSaifMusabah al Mutairy and chief executive officer Khalid al Kayed received the award, according to a press release.

As per the Central Bank of Oman’s statistics, Islamic banking in the sultanate has reached a phenomenal 13.6 per cent of total banking sector assets in July 2019. Bank Nizwa has recorded the highest growth rate in Oman’s banking history with RO7.5mn in net profit (representing a 98 per cent growth after tax for the period ending December 31, 2018).

Mutairy said, “Putting customers first and offering tailored Sharia’a-compliant services that meet their evolving banking requirements are the two main objectives for us at Bank NIzwa. The prestigious MEED Awards recognise our relentless efforts to showcase the wealth of benefits associated with using Islamic finance by customers whether retail or corporate.”

Renowned for its Sharia’a-compliant products and services, Bank Nizwa’s win came after a rigorous evaluation process conducted by a panel of independent experts. Safety levels, transparency and reliability of retail business transactions were also key factors considered in the evaluations.

During 2019, Bank Nizwa’s financial results have been consistent with its performance with regard to attracting more and more people to use Islamic banking and appreciate the benefits associated with this ever-growing industry in Oman.

As the largest and fastest growing full-fledged Islamic bank in the sultanate, Bank Nizwa is leading the sector’s growth by diversifying its portfolio into a multitude of industries.