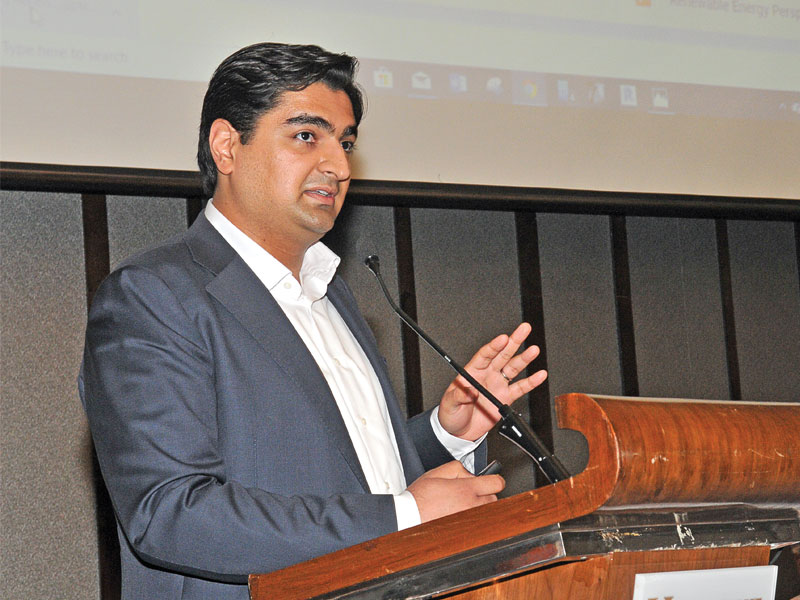 Nafath on Tuesday organised Solar Photovoltaic Investment Convention at Hormuz Grand Muscat to discuss the challenges and opportunities in the renewable energy sector.

Speaking at the event, Haider Ali Shah, principal of Infundi Impact Investments, said that there are tremendous opportunities available for the development of solar energy projects in the region.

Infundi Impact Investments is a venture capital firm which is co-owned by Shah and based in London.

“Harnessing solar energy could be a big opportunity for the power sector to reduce volatility related to the fuel prices,” Shah said. “The corporate investment vehicle which we are structuring will work towards providing clean power solutions in the region.”

He said the first phase of the US$100mn investment vehicle will be launched in January 2020. “The deployment of capital will also start in January as the ground work related to investments has been completed in some cases. The prospectus for the fund will also be made available in January next year,” Shah added.

Speaking to Muscat Daily on the sidelines of the event, Shah further said that the investment vehicle, which will be owned by Infundi Impact Investments, Nafath Renewable Energy and other investors, would seek help of experts in running and identifying opportunities for investments.

“Nafath, which also has the partial ownership in the project, would be the sole agency to execute the project,” Shah said, while adding that the structure of the investment vehicle would be designed in a manner that it should be able to leverage on its balance-sheet to seek capital from financial institutions.

On potential investment targets, Shah said the new investment vehicle will be primary looking at solar power projects having capacity between 200KW and 50MW. The main focus will be on private-sector companies, who want to utilise solar energy either to rationalise production cost or looking at reducing the dependence on grid.

“In the current situation, large solar power projects can easily get funding from global institutions, whereas smaller projects planned by private companies face difficulty in arranging funds and they also have higher capital expenditure in executing the project. The proposed investment vehicle can help in such conditions to make the execution of such solar projects more efficient,” Shah said.