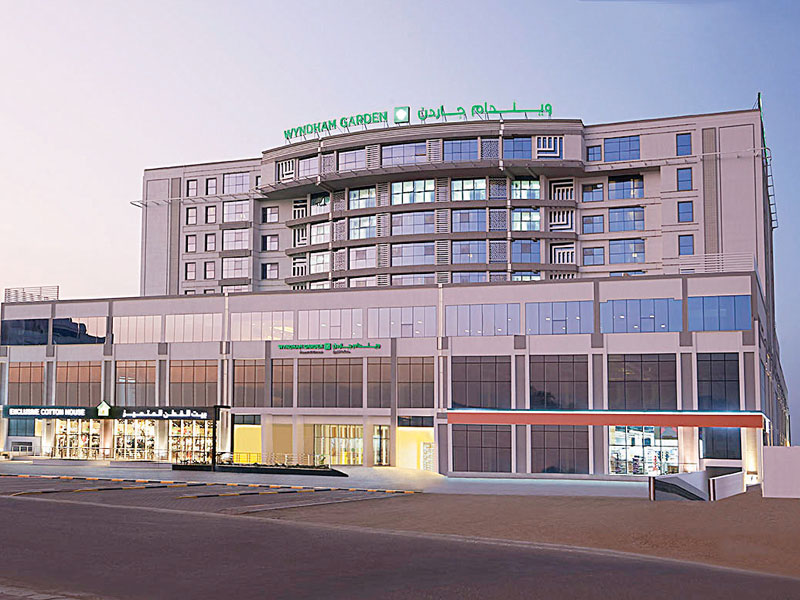 Wyndham Hotels & Resorts will continue to ramp up its expansion across the Middle East with the opening of two new hotels in Muscat.

Marking the introduction of the Wyndham Garden and Ramada Encore by Wyndham brands to Oman, the openings underscore Wyndham Hotels & Resorts’ commitment to strengthening its presence in the market and further support Oman’s ambitious Vision 2040 programme, which includes a focus on developing the country’s mid-market hotel sector and creating more job opportunities, in a bid to welcome 11mn visitors to the sultanate by 2040.

Over the past year, the sultanate has become an increasingly popular destination for travellers, witnessing an increase of more than 25 per cent in inbound visitors in the first six months of 2019 alone.

The surge in visitor numbers follows the Ministry of Tourism’s sustained efforts to promote Oman as a key travel destination and attract investment.

Panos Loupasis, vice president development, Middle East, Eurasia & Africa, Wyndham Hotels & Resorts, said, “The anticipated openings of these two new hotels in Muscat mark a significant milestone as we seek to expand our presence in this important market. We want to bring diverse accommodation choices to travellers across the sultanate, and support Oman in its ambitious 2040 tourism plans, particularly on developing its mid-market hotel sector.”

Located on Sultan Qaboos Street, just 20 minutes from Muscat International Airport, the new hotel will boast of state-of-the art leisure facilities with two swimming pools, steam rooms and saunas, as well as three food and beverage outlets. Part of a mixed-use development including a shopping mall and an office tower, the hotel will also feature five corporate meeting rooms.

Ramada Encore by Wyndham Muscat al Ghubra is expected to open in March 2020 next to Ghubra Roundabout on Sultan Qaboos Street. With easy access to the Sultan Qaboos Grand Mosque, the Royal Opera House and Muscat’s international airport, the hotel will also boast 163 rooms, a rooftop pool with sundeck and a fully equipped fitness centre and spa.

Additional facilities for the meeting, incentives, conferencing and exhibitions (MICE) industry will include a multi-function boardroom which can be used as a meeting space, or as a theatre.