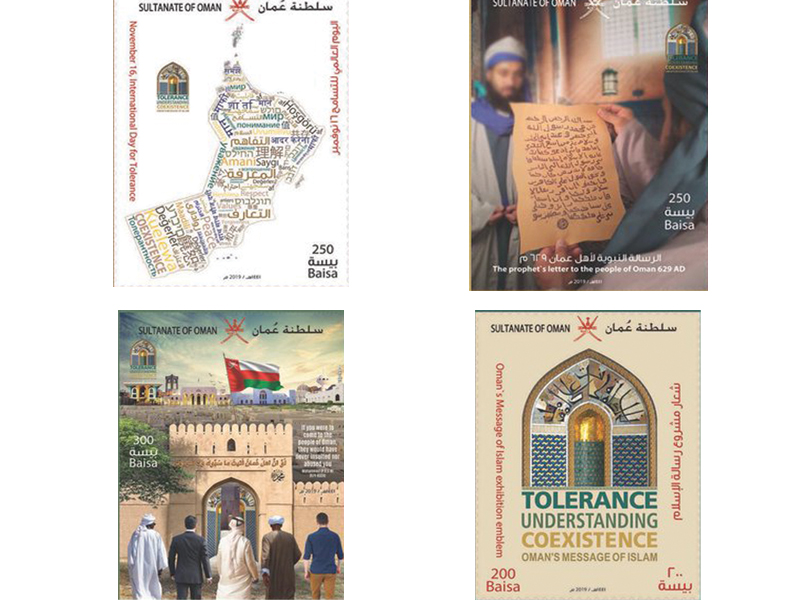 To commemorate the International Day for Tolerance, which falls on November 16 every year, the Ministry of Awqaf and Religious Affairs (MARA) in cooperation with Oman Post will unveil four stamps in Indonesia.

The launch will be part of the Message of Islam exhibition that will be held in Indonesia from November 14-18. Speaking to Muscat Daily, Eng Maryam Said al Amri, an official in MARA, said, “These stamps reflect the concept of peaceful coexistence and human values which the people of Oman grew up on from ancient times to the present era of His Majesty Sultan Qaboos bin Said.”

The exhibition has now been held in 126 cities in over 39 countries since its inception in April 2010. “As part of the sultanate’s bid to spread the culture of religious tolerance, mutual understanding and peaceful coexistence between nations, the exhibition is now being held in Indonesia. The four stamps will be officially unveiled and sold to the public.”