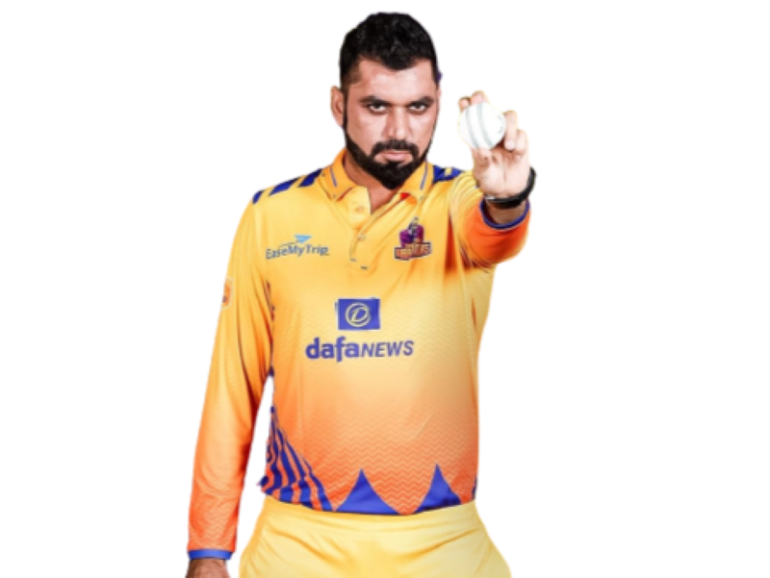 Muscat: Bilal Khan has been the main spearhead of Oman cricket team for the past few years. The 34-year-old fast-medium pacer has been instrumental in many victories for Oman and is now set to showcase his mettle at the region’s biggest T20 international franchise competition – the inaugural International League T20 (ILT20), which began on January 14.

Picked by Sharjah Warriors, one of the six franchises in the ILT20, Bilal is the only Omani player to feature in the top-class international T20 league.

Having been with the squad since the start of the tournament began last week, Bilal said: “I am super excited to be part of the Sharjah Warriors squad. The team includes some of the world’s top stars and I am happy to be part of a team set-up that has greats like Moeen Ali, Marcus Stoinis and Chris Woakes among others.

“It is a great learning curve for me. Rubbing shoulders with such stars definitely will improve my bowling skills.”

Bilal, who is yet to feature in the team’s playing XI, is hopeful of being picked in the forthcoming matches.

Sharjah Warriors, who meet Gulf Giants on Monday, have so far played three matches and are yet to open their account.

The tournament, which began on January 14, has managed to attract some of the biggest stars and has a lot to offer to the players.

With each team allowed to pick nine overseas players, the ILT20 has given a good opportunity for cricketers from Associate Nations like Oman and Namibia.

Bilal said: “I have been working hard over the past many years and I am indebted to my national team coach Duleep Mendis, bowling coach Aavishkar Salvi and our trainer Evert for their full support.

“Sharjah Warriors head coach Paul Farbrace of England and team’s bowling coach G Jayakumar of India have backed my bowling during the nets and practice games. I feel confident of producing a good spell for the team in the upcoming games.”

Bilal is not new to franchise cricket as he had in the past played in Afghanistan’s Shpageeza Cricket League in 2017-18 and 2022 with Speenghar Tigers and Amo Sharks respectively.

For Bilal, the home ground in Sharjah brings back good memories as one of his three five-wicket match hauls in his ODI career was achieved at the same venue last year in a match against Namibia.

“I have very good memories of Sharjah cricket stadium. I hope to put up some strong performances if given a chance and I am looking forward to my first match with Warriors. I had played two practice games where I picked up two wickets so far. The coaches are happy with me and I am proud of the fact that I am playing along with world-class stars,” said Bilal.

The six-team franchise-style league is being played over a 34-match schedule at Dubai, Abu Dhabi and Sharjah. The final is scheduled to be played on February 12, 2023.