Focus on responsibility, not sustainability, says director of Aga Khan Award for Architecture 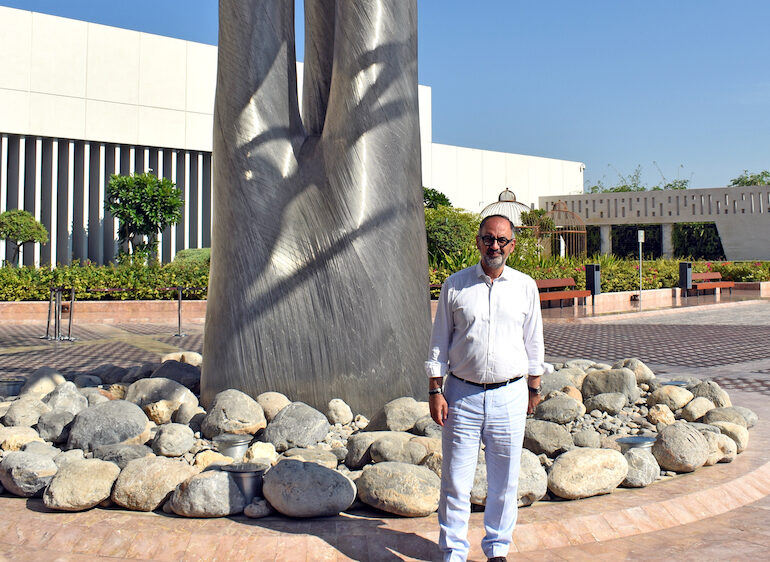 Farrokh Derakhshani, director of Aga Khan Award for Architecture, which was presented in Muscat last month, has an issue with certain trendy words

Muscat – The 2022 Aga Khan Award for Architecture came to Oman in October to be presented at Royal Opera House Muscat.  Now in its 45th year, it celebrates projects – from slum upgrading to high-rise ‘green’ buildings – that not only exhibit architectural excellence but also improve the overall quality of life.

The triennial awards recognise architectural excellence in the fields of contemporary design, social housing, community improvement and development, historic preservation, reuse and area conservation, as well as landscape design and improvement of the environment.

The awards were established in 1977 by the Aga Khan, 49th hereditary Imam of the Ismaili Muslims, to identify and encourage building concepts that address the needs and aspirations of communities in which Muslims have a significant presence.

Welcoming guests at the awards ceremony, which was presided over by H H Sayyid Theyazin bin Haitham al Said, Minister of Culture, Sports and Youth, award director Farrokh Derakhshani said winners of each triennial cycle have been celebrated all over the world “in places where Muslims are present or where they have enriched cultural heritage”.

Derakhshani described Oman as a “country steeped in history, rich in culture where tradition is the foundation for the future”.

Other factors that weighed in Muscat’s favour as host city included Oman being at the crossroads of civilisations between India and Africa. “So, you have different architecture brought by different people coming here – Portuguese, Persians or others. It’s a combination of all these.

“The other very important aspect in Oman’s favour is that it has kept its identity. Despite rapid growth and development, it has not alienated the people,” Derakhshani said.

The awards have been presented at Topkapi Palace in Istanbul – the first time it was opened for a public event in 1983, the Alhambra in Granada, Registan Square in Samarkand, Shalimar Gardens in Lahore, and Humayun’s Tomb – a UNESCO World Heritage Centre in Delhi, among other places.

“The awards for the previous cycle in 2019 were presented in Kazan, Tatarstan – the furthest northeast the Muslims have been. They were not made Muslim by the sword. They themselves asked people from Baghdad to come to convert them to Islam. They live in tolerance with the Russians… So, this way we present new territories where people don’t know Muslims exist. People don’t believe that in the Volga in Russia this culture exists,” Derakhshani said, explaining the criteria behind selection of venues and host cities for the awards.

Derakhshani has been director of the awards for over 15 years. Based in Switzerland, he trained as an architect and planner at the National University of Iran before pursuing higher studies at the School of Architecture in Paris. His main field of specialisation is contemporary architecture of Muslim societies, and his professional work includes design and construction management of large-scale public works and infrastructure projects in Iran, as well as architectural design in Paris and Geneva. He lectures widely and serves on boards and committees of several cultural institutions.

He joined the awards in 1982. Aged 30, he was in Paris caught in a limbo after the Iran-Iraq war broke out. Unable to go back to Iran and uncertain of how or when the war would end, he initially joined on a five-month contract. Forty years later, he’s continuing to make invaluable contributions to the awards.

From a total of 463 projects nominated for 2022, 20 were shortlisted which were whittled down to six winners. These were across a vast geography, across a wide spectrum of categories based on use from airport and school to museum/arts centre, and across a diverse range that reflects the blurring of boundaries between the disciplines of architecture, landscape and infrastructure. The US$1mn prize money was shared by projects in Senegal, Lebanon, Iran, Indonesia and two in Bangladesh.

While no project in Oman has won the award, the fish market in Muttrah was among 20 shortlisted projects from 380 nominations in 2019. The grand jury citation described the design as an example of “contextual regionalism, respecting both the traditional context and modern needs”.

Explaining how the Aga Khan Award is different from other architecture awards, Derakhshani referenced the eligibility criteria this year. To be eligible for consideration in the 2022 award cycle, projects had to be completed between January 1, 2015, and December 31, 2020, and been in use for at least one year. “The shortlisted nominations undergo rigorous investigation by experts who visit and evaluate each project onsite; the award doesn’t go to a concept.”

Another distinguishing factor is the fact that the award is not given only to the architects, but also municipalities, builders, clients, master artisans and engineers involved in the winning projects. “No architectural work is the work of one person; it is the work of many people. Architecture offices are composed of many professionals. The architect doesn’t have a magic wand to create a design. Architects are unlike artists, musicians and other creators who do something on their own, whose creative product is their own work. Like the author of a book. But that’s not the case in architecture,” Derakhshani explained.

“An Egyptian master mason was the winner of one of the first projects. He came with the architect to receive the award in Lahore. He had never travelled out of Egypt in his life, and all of a sudden, he became world famous. This is how the award has broadened the concept of architecture.”

Architecture and quality of life

Derakhshani, however, attributes the most significant role of the awards to the platform it gives to architecture. “The award ceremonies are held in very important… the most important architectural monuments of the Islamic world in the early days – in the presence of presidents, kings, heads of states… the highest person in the host country. This draws the attention of all the media in that country to talk about architecture, a subject not often talked about.”

Asked about the role of architecture in addressing climate change and environmental issues, he said, “I have a problem with some trendy words. Some years ago, sustainability was the buzz, now everyone talks about the climate… and all this is right. Every single project has to respond to all of this – one is not more important than the other.”

Derakhshani believes it is the architect’s job to respond correctly, ensure there is no wastage of material, and the design and material used factor in the climate of that place. “How intelligently and responsibly you choose your approach and technique while daring to do something new matter. Instead of sustainability, we need to use the word responsibility.” 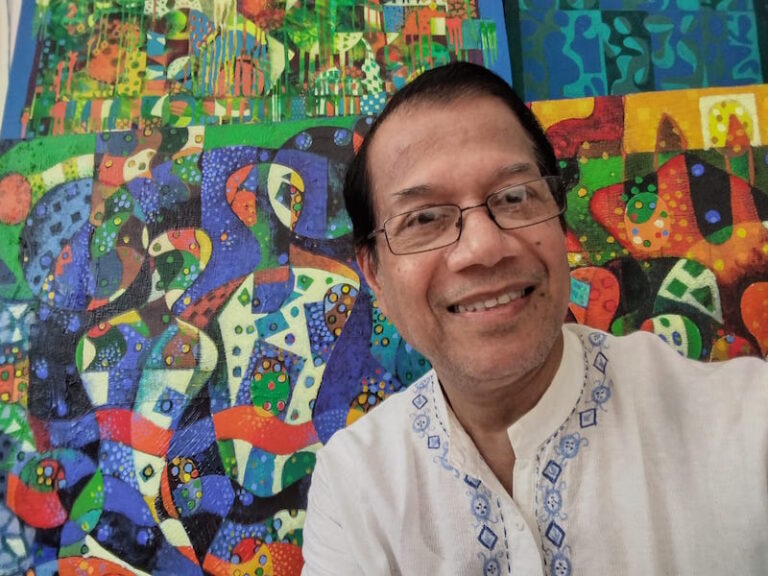 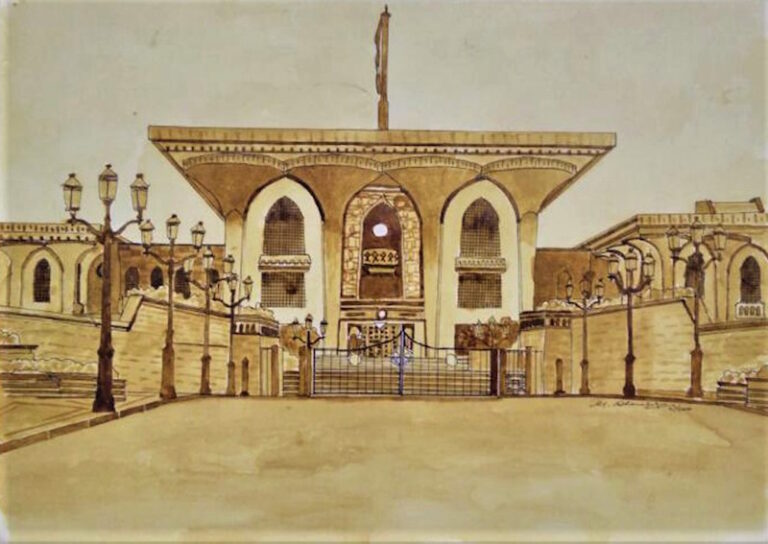 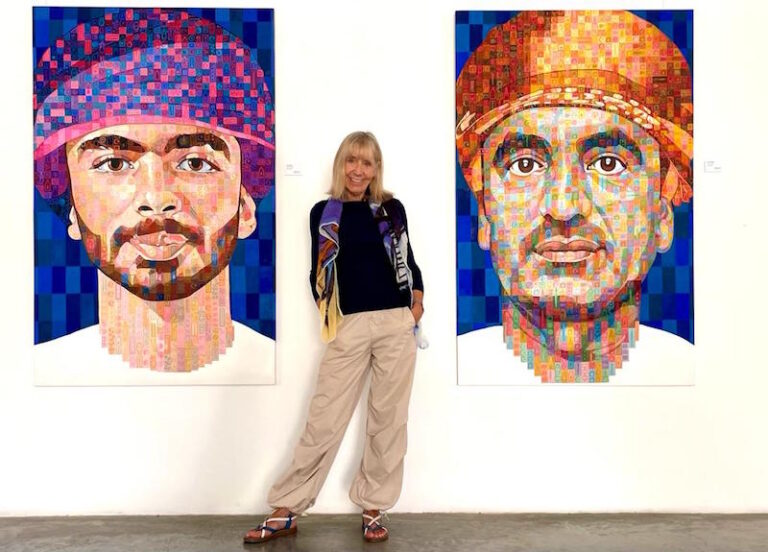