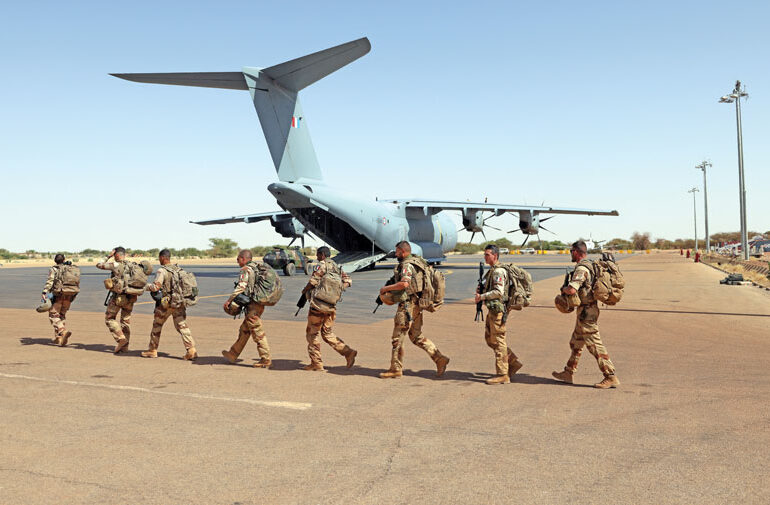 Timbuktu – French troops were preparing to leave the Malian city of Timbuktu on Tuesday, in a symbolic departure more than eight years after Paris first intervened in the conflict-torn Sahel state.

It was there that then French president Francois Hollande formally declared the start of France’s military intervention, in February 2013, designed to root out insurgents.

A few days prior, French legionnaires and Malian troops had conquered Timbuktu, a northern desert city, after an eight-month Islamist occupation.

“Some people were overcome by emotion, women were crying, young people were shouting, I myself was overwhelmed,” said Yehia Tandina, a Timbuktu television journalist, recalling the day.

Mohamed Ibrahim, the former president of the Timbuktu regional council, also described the day as ‘joyful’ and ‘beautiful’.

But now French troops are leaving their base in Timbuktu, raising questions about the future of violent activity as fighters put down roots in the countryside.

Mathieu, a French sergeant, was part of the original contingent of French soldiers who arrived in Mali, and has returned to the Timbuktu base for the handover ceremony.

Since 2013, Paris has deployed around 5,100 troops across the Sahel region – which includes Mali – helping to support local governments and their poorly equipped forces fight an ever-growing insurgency.

However, French President Emmanuel Macron announced a major drawdown of French troops in June, after a military takeover in Mali in August 2020 that ousted the elected president Ibrahim Boubacar Keita.

France’s military deployment in the Sahel is due to fall to about 3,000 troops by next year.

French forces have already left bases in the northern Malian towns of Kidal and Tessalit.

The French were greeted as liberators when they entered Timbuktu in 2013.

Former president Hollande also described the day French soldiers retook the city as “the best day of his political life”.

Sergeant Mathieu said the atmosphere was no longer as jovial, although that locals are not hostile.

A lack of enthusiasm may be linked to continuing conflict across the vast nation of 19mn people.

Violent attacks have grown more frequent since 2013, and the conflict has spilled over into neighbouring Burkina Faso and Niger.

Whether France’s mission can be described as a military success is a sensitive question.

Master Corporal Julien, who was also in Timbuktu in 2013 when French entered the Malian city, said, “We have to hope that things will get better for civilians.”

Outside the city, locals appear to have come to terms with the attackers, said security officials and Western diplomats.

An acceptance of their legitimacy, at least among locals, may have also decreased violence.

“Where there is coexistence, there will certainly be fewer negative acts,” said Tandina, the journalist, noting improved security in the Timbuktu region.

According to the UN, militant attacks on civilians in Timbuktu and the surrounding area are at their lowest since 2015.

Still, Westerners cannot travel outside the city without an armed escort.

The central government, which is supported by the UN inside the city, is largely invisible in the countryside.

Most groups in the region are affiliated to Al Qaeda. In their propaganda, they boast that they control the territory and have won the hearts of locals.

A Timbuktu resident, who declined to be named, told AFP many people prefer to use the Islamic court system rather than the official one.

One Islamic judge, Houka Houka Ag Alhousseini, remains active in the area despite figuring on a United Nations sanctions list for having worked in a similar capacity during the earlier occupation of Timbuktu.

‘We live with it’

Near Timbuktu airport, equipment from the French base ranging from satellite dishes to crates of medicine is piled up and ready to ship to the country’s main Sahel military base at Gao in northern Mali.

Tents, among other small items, were due to be left behind.

The remaining French soldiers were milling about the camp with not much to do: The WiFi has been disconnected, putting them on the same footing as Timbuktu residents.

“Of course there are problems,” said Ali Ibrahim, a 26-year-old law student, citing a lack of work, among other issues impacting residents’ lives.

“But we’re here, and we will still be here tomorrow,” he said. “So we live with it.”