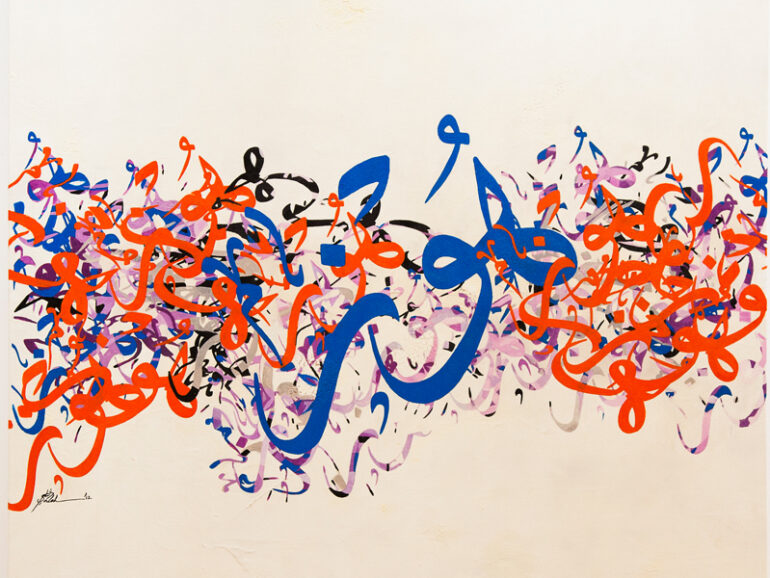 Muscat – Oman, represented by the Ministry of Culture, Sports and Youth, through a joint Arab nomination file, succeeded in registering Arabic calligraphy in Unesco’s Representative List of the Intangible Cultural Heritage of Humanity.

The declaration came during the meeting of the Intergovernmental Committee for the Safeguarding of the Intangible Cultural Heritage, which is currently being held in Paris and continues till December 18.

The joint file was submitted under the supervision of the Arab League Educational, Cultural and Scientific Organization, with the participation of 16 Arab countries, and was presented at the beginning of 2020 to Unesco for consideration.

It met all the criteria for inclusion of cultural elements in the Representative List of the Intangible Cultural Heritage of Humanity.

Arabic calligraphy is spread throughout all territories of the nominating states. Although it is associated with the Arabic language, there are regions and areas within these states in which it is used where the mother language of the local communities is not Arabic, for example Nubia in Egypt and Sudan, Amazigh regions in Morocco, Tunisia, Algeria and Mauritania, Circassian neighbourhoods in Amman – Jordan, Kurdish and Turkmen areas in Iraq and Lebanon.

In all nominating states, the bearers and practitioners of Arabic calligraphy are mostly members of urban communities, where it is practised in daily life.