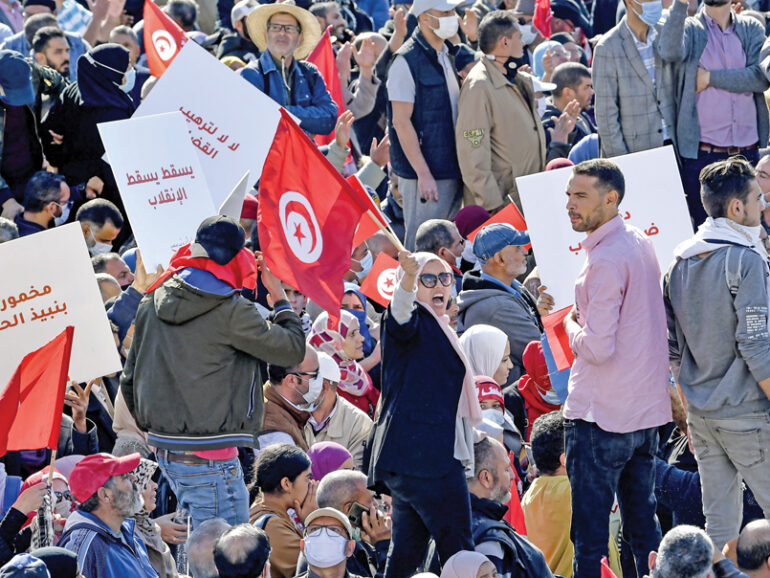 Tunis – Thousands of Tunisians gathered near the country’s parliament on Sunday to protest a presidential power grab they have deemed a ‘coup’.

It was the latest rally opposing President Kais Saied’s July 25 decision to sack the government, suspend parliament and seize an array of powers, citing an ‘imminent threat’ to the country – the birthplace of the 2011 Arab Spring uprisings against autocracy.

More than 3,000 Tunisians gathered, shouting ‘The people want to bring down the coup d’etat’ and ‘Kais’s project is a civil war’ and branding the President an ‘agent of colonialism’, AFP correspondents reported.

Some carried signs reading ‘No to the intimidation of the media’ and demanding ‘an independent judicial authority’.

The demonstrators ‘shut down all the streets, the avenues, the motorways’, said Jawhar Ben Mbarek, a figure of the Tunisian left.

Social media users shared images of police using cars and mini-vans to block protesters from reaching the suburb of Bardo, where the parliament building is located.

Several members of the Islamist Ennahdha party, a key force in the dissolved parliament, were at the forefront of the procession alongside left-wing representatives, holding signs reading: ‘MPs against the coup’.

Other protesters gathered near parliament, Tunisian flags in hand, and shouted their opposition to military trials for civilians.

On Wednesday, Amnesty International warned that ‘military courts in Tunisia are increasingly targeting civilians, in some cases for publicly criticising President Kais Saied’. It said that within the past three months, at least ten civilians have been investigated by military courts.

On September 22, Saied suspended parts of the constitution and installed rule by decree, maintaining full control of the judiciary as well as powers to sack ministers and issue laws.

He appointed a new government in October, with Najla Bouden as the North African country’s first female prime minister.

But he has significantly pared back the powers of her office and will technically head the administration himself.

Saied, who was elected in late 2019, made his shock move amid a socio-economic crisis aggravated by the COVID-19 pandemic.

Some of his opponents have accused him of seeking a new dictatorship, a decade after Tunisia’s 2011 revolt that overthrew dictator Zine el Abidine Ben Ali.

But the President’s supporters say his moves were needed after years of deadlock among political parties seen as corrupt and self-serving.

Tunisia has been witnessing a slew of protests during the recent days, bringing the administration of President Saied under pressure.

On Saturday, tear gas and protest cries filled the air in the town of Agareb over the death of a 21 year old girl blamed on a nearby rubbish dump.

Yousra died in 2019 after being bitten by a mosquito that came from the toxic trash site, her mother Mabrouka Ben Ibrahim said.

“I lost my daughter and I don’t want other families to lose their children because of the filth in this landfill,” the 59 year old said.

Residents say rubbish dumped at the site, including dangerous industrial and medical refuse, has caused a string of diseases from cancer to vision problems and infertility.

Authorities decided to close the site in September after declaring it full but reversed course last Monday, prompting angry street demonstrations that degenerated into clashes with security forces.

In the early hours of Tuesday, a protester died of what relatives said was tear gas inhalation, although authorities have blamed his death on an unrelated health condition.

The protests come amid a garbage crisis across Sfax province that has seen refuse piling up on pavements after the closure of the Agareb site, the province’s main dump.

Residents say the site, around 3km from the town centre and stretching over 35 hectares, has become a public health disaster since it opened in 2008. 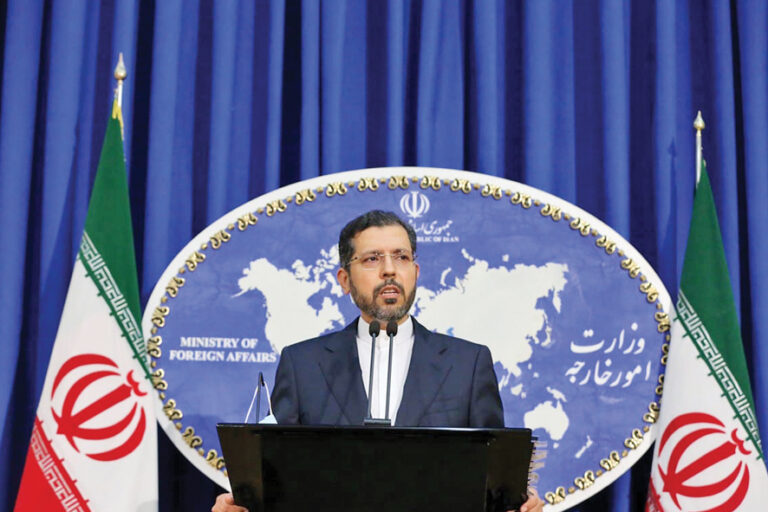 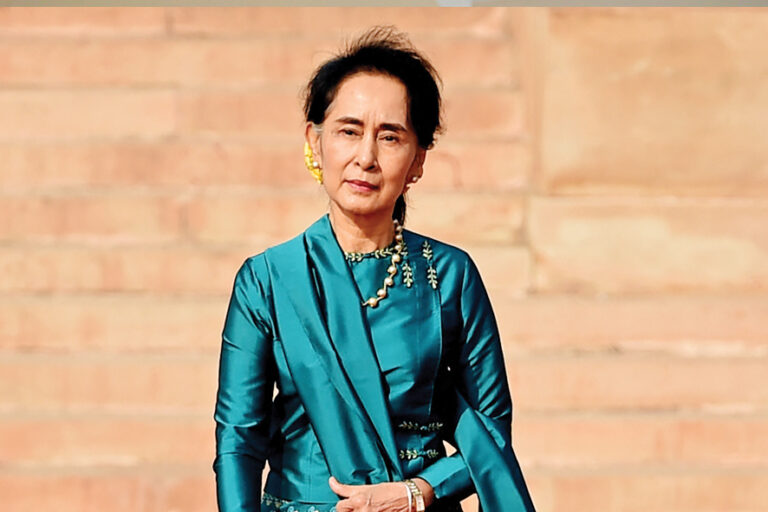