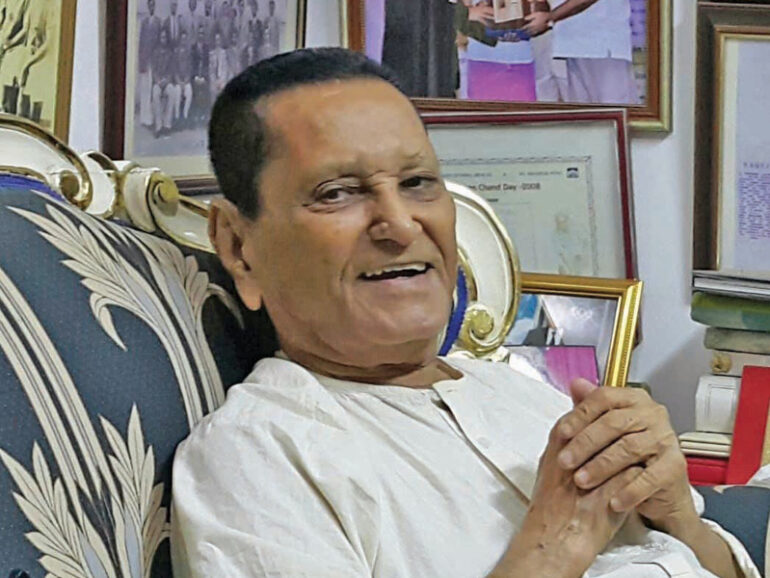 Muscat – Former Oman hockey coach and former India women’s coach S A S Naqvi passed away at Royal Hospital in Muscat on Wednesday morning. He was 90.

Naqvi was unwell for the past couple of weeks. His son, Inayat Naqvi, a top junior hockey player in India, was with him during the past few days.

A popular and respected sports figure, Naqvi was a mentor to five Indian Olympians including Joaquim Carvalho, Merwyn Fernandes, and many other international players, besides Mir Ranjan Negi of Chak De India fame.

‘He was a well-loved & respected figure in the sports field’, Indian Embassy in Muscat said, while acknowledging his contribution as ‘the coach of the Indian Hockey Team (Men & Women) as well as of the Oman Hockey Team’.

A recognised star player for the Western Railways – a top Indian side in the 60s, Naqvi rubbed shoulders with some of the greatest Indian players and was close to hockey legend Dhyan Chand.

This association with the legend and love for the game, prompted Naqvi to take a lead role in organising Dhyan Chand Hockey tournament and hockey championships on India’s Republic and Independence Days.

Naqvi arrived in Oman in 1982 ahead of the sultanate’s participation at the Asian Games in India’s capital New Delhi. He coached Oman at the Asiad and soon after was drafted by Oman Olympic Committee in 1983 as a technical advisor.

He along with then OOC president H E Dr Hammad al Ghafri set up the OOC and for the next 18 years Naqvi played a key role in the growth of Olympic Movement in Oman.

‘He worked tirelessly for the promotion of India Oman relations in the field of sports and was a true cultural ambassador of India’, India’s External Affairs Ministry tweeted, while condoling his death.
He played a leading role in strengthening the India-Oman sporting relations by not only facilitating top players to come and play in local competitions but also arranged visits of top teams and also get coaches to Oman.

For his role in strengthening Indo-Oman sporting ties he was awarded the prestigious Indo-Oman Friendship Award, which was instituted by Ministry of Culture, Sports and Youth and the Indian Embassy in Oman.

The Sports Ministry also honoured him with lifetime achievement awards besides receiving numerous honours from various organisations in India and Oman.

The legend, who was part of Indian coaching staff in 1975 and took over as India women’s team coach for the 1978 World Cup, also represented Oman at five Olympic Games and five Asian Games before retiring in 2002.

His passion for collecting memorabilia and archiving history was amazing and that led him to set up a Sports Treasure House, popularly known as Naqvisaab Museum in Ruwi.

As the news about his demise spread, tributes started pouring in from the leading sports administrators, hockey officials, clubs representatives and large Indian community based in Oman.