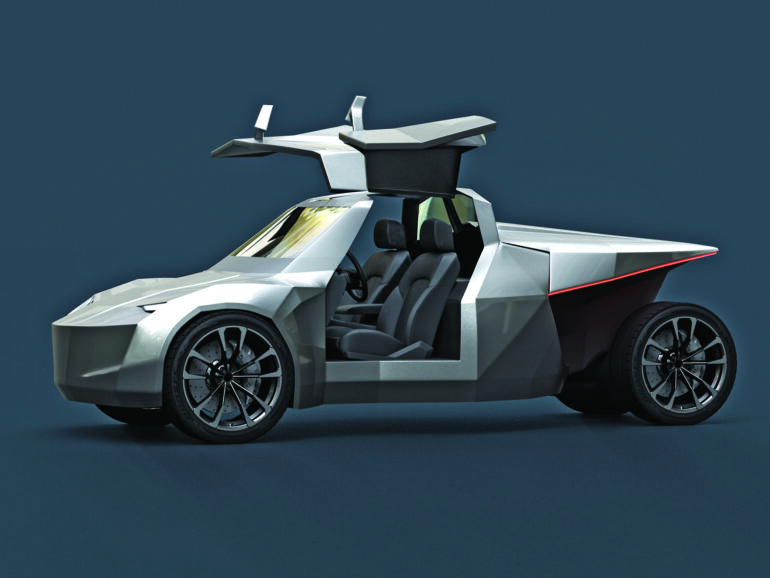 Muscat – Electric cars have revolutionised the automotive industry with all major manufacturers in the world currently focused on delivering electric cars. An Omani startup too is working in earnest and hopeful of producing made-in-Oman electric cars by the end of 2023.

Mays Motors announced its electric car at an event held in Expo 2020 Dubai recently where it signed its first major investment agreement with Oman Technology Fund.

Haider bin Adnan al Zaabi, co-founder of Mays Motors, said, “We are proud of signing the agreement with the Oman Technology Fund to create our first spark in the world. We are marching with a vision to change the automotive sector by creating a car that is distinctive and unique in shape and in concept.”

According to Zaabi, the Mays Motors electric car is the beginning of a new and promising sector in the sultanate.

Speaking to Muscat Daily, he said, “The agreement signing at Dubai Expo announced the Mays car to the world. It was an occasion to kickstart an innovative Omani product built with Omani hands and backed by Omani technical knowhow.”

Zaabi claimed experts at Tesla, Maserati, BMW and Porsche have admired the design of the Mays Motors car. “They said it will achieve great success in the global automotive sector. The two-seater car has a large display with controls for most functions, including activating air conditioner and opening the door. The battery can be charged at home and has a driving range of 500+ km.”

The body is made of carbon fibre and the car is “loaded with a lot of technology similar to international cars such as Lamborghini and Ferrari”.

The Mays Motors team is cooperating with experts from all over the world on a prototype to be showcased at Expo 2020 Dubai in February 2022.

Zaabi started work on the idea of an electric car in 2019 and has faced several challenges since. “Making a car with international specifications is not easy. But we are committed to our task and travelled to other countries to take a closer look at the car manufacturing industry.”

Getting approval for the project from the concerned authorities, too, wasn’t easy. “It came after several rounds of discussions and explanations behind our project,” Zaabi said.
The company has started work in a small factory in Barka. “We will start production at the end of 2023. The first phase will include production of 100 cars. We expect to make about six hundred cars in the first five years.”

Zaabi thanked the Minister of Commerce, Industry and Investment Promotion, Oman Technology Fund and Noor Majan Company for their support.

He hopes the manufacture of Mays Motors cars will contribute to building an integrated system of industries related to the automotive sector in the sultanate, exploiting locally available raw material and creating more than 800 job opportunities for small and medium companies.