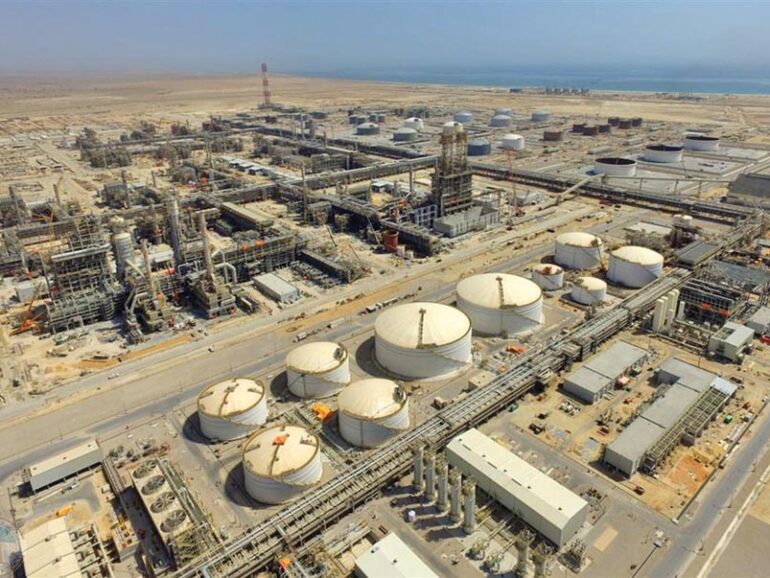 Muscat – The sultanate’s ambitious Duqm Refinery project has achieved a project completion rate of 87 per cent until the end of September 2021 and is expected to be fully ready in the first quarter of 2023, according to Duqm Refinery and Petrochemical Industries Company (OQ8).

In a statement to Oman News Agency, Eng Yousef bin Mohammad al Jahdami, general manager of Duqm Refinery, said that until the end of September 2021, around 477,452 cubic metres of concrete and 70,788 tonnes of steel bases were used in the Duqm Refinery project.

The project so far, he said, has recorded 138.1mn working hours with a total workforce of 17,954 workers.

Duqm Refinery, also known as OQ8, is the largest joint venture project between two Gulf countries in the field of refineries and petrochemicals. OQ8 is a 50:50 joint venture between Oman’s OQ and Kuwait Petroleum International. The project enjoys a strategic location on the global trade route on the Arabian Sea and the Indian Ocean.

Jahdami noted that the project will transform Duqm area into one of the largest industrial and economic centers in the region and the world. He explained that the refinery, with its vital location in the Special Economic Zone at Duqm, will act as the main engine for Duqm region’s growth by providing investment opportunities for new projects.

Occupying an allocated 900 hectares of land, the refinery will have the capacity to produce 230,000 barrels per day to become the largest oil refinery in Oman.Jahdami pointed out that the heavy crude oil refinery is designed to be able to process a range of blended crude oils and configured as a full-conversion hydrocracker/coking facility that will utilise advanced technology.

OQ8 includes more than 30 main processing units that are able to produce more than 20 petroleum and petrochemical products required for the production of various consumer and specialty goods, in addition to the raw materials needed in various chemical industries. The primary products of the refinery include naphtha, pet coke, sulphur, diesel and jet fuel.