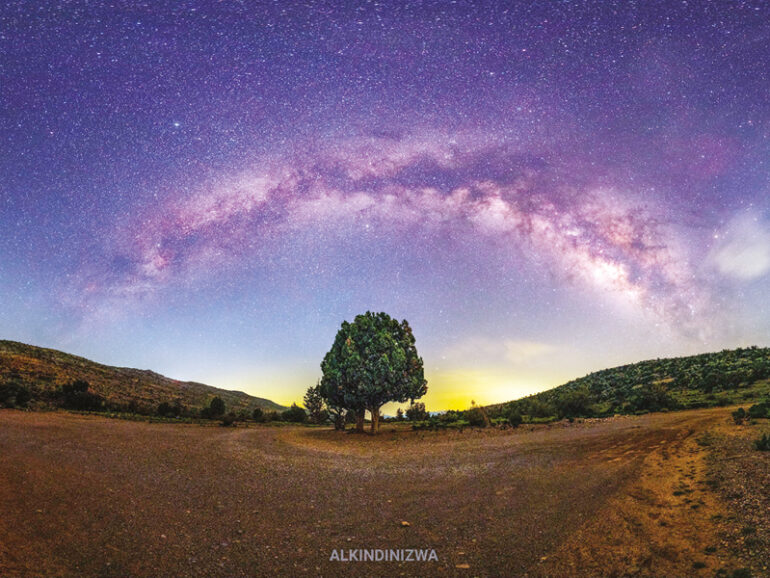 Muscat – A noted Omani astrophotographer and a social media ‘star’ is all set to travel the length and breadth of the country to capture our galaxy – the Milky Way.

Ali Rabiaa Ahmed al Kindi, a 25-year-old engineer from Nizwa whose pictures have been recognised by the Oman Astronomical Society (OAS) and featured in several magazines, is all geared up to captures glimpses of the solar system in one of the most toughest seasons of the year.

He has almost 2,500 followers in Instagram, making him one of the most popular social media influencers in the field.

Kindi said, “The universe is different in seasons and in winters it is quite a challenge to capture the stars because of the direction of the sun. The best of the Milky Way is visible in the summers and is easy to capture, but I take this challenge and will capture the winter sky.”

He added that some of the places that he plans to venture are Salalah, the Empty Quarter and Masirah Islands.

“I am looking for dark places; so that means that I need to travel to the interiors. There must not be any city lights as one single speck of light can disrupt the image.”

Kindi is one of the few photographers in Oman who specialises in this kind of photography.
He used to have a Nikon DSLR with which he started the journey and now he has Sony, Nikon and Canon cameras. Since astrophotography needs special lenses and cameras making it an expensive activity, Kindi found ways to make his DIY camera.

“YouTube and some astronomy clubs – through e-subscription – have been my teachers. I have learnt several tactics to capture the best of the images with limited resources. I use a star-tracker and through it use my camera to capture images. Normally I use a wide lens (16mm), aperture 4 or less, ISO not more than 1600 and shutter speed as much as two minutes. I also use a Sigma sports telephoto zoom lens of 150 to 600 mm.”

He started astrophotography in 2019 end when the sky was dark and there were lots of stars.
“Sometimes the pictures didn’t come well because I didn’t know enough dark locations. As I moved places I found better images.”

Kindi has shot comets, asteroids, meteor showers, the Milky Way, and planets like Mars and Mercury. According to him, the most challenging part has been to shoot nebula as it requires technical skill and artistry.

He added that his dream in astrophotography is to shoot the aurora in Iceland or Sweden in near future.

Abdul Wahab al Busaidi, head of the observatory unit of OAS, described Kindi as one of the most promising astrophotographers of Oman.