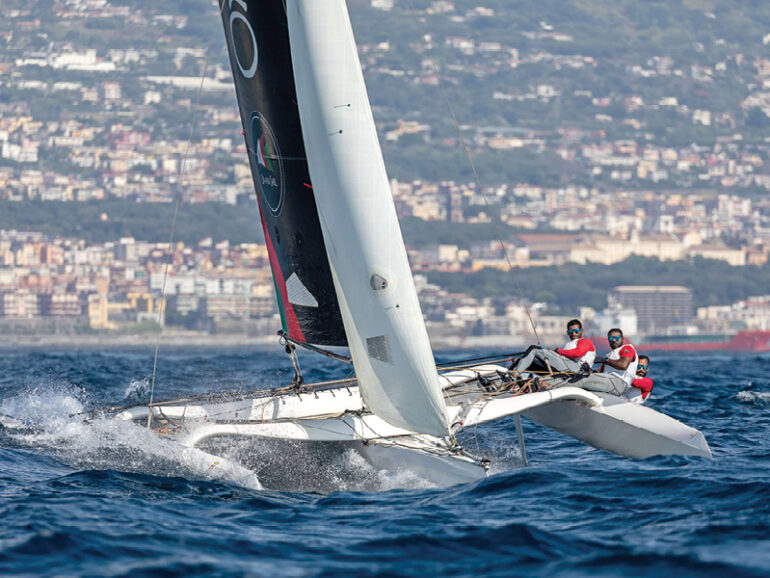 Consistency marked Oman Sail’s encouraging display as the five-member team grabbed the overall lead in the Diam 24 class after four stages of the Marina Militare Nastro Rosa Tour in Italy.

The eight-stage tour is being held in port cities along the Italian coast from August 26-September 28.

Team Oman managed to claim podium finishes in all but one of the 21 races held in Genova, Civitavecchia, Gaeta and Napoli to lead the seven-team event with five points, three ahead of Team France.

The team got off to a flying start with two race wins in Genova and a second-place finish to end stage one on top.

In Civitavecchia, Oman had three wins in the six races held to end the stage overall second behind Team France.

However, Oman sailors bounced back in Gaeta with three runner-up finishes and a third-place to take the stage three honours ahead of the fourth leg in Napoli.

The team competed in the maximum of eight races over two days in Napoli and barring a fourth-place finish in race four, the team took a top-three place in the remaining races to maintain their dominance in the series.

Behind Team Oman and France is Intesa San Paolo at third place overall with 14 points and Fiamme Gialle is fourth with 17. U-Earth is fifth a point behind while Marina Militare is sixth with 22 and Team Norway at the bottom with 28.

Oman Sail skipper Mashari said, “We are incredibly pleased with our performance so far. After such a long time away from competition, it’s great to see we are working together as a team, understanding the Diam 24 boat and the wind, and

staying focused to the end of the day.

“I am proud of the entire team. We now take this momentum forward to the remaining stages that will be held in Brindisi, Bari, Marina di Ravenna and the final stage in Venice.”

Following the tour, the team will head to Switzerland to join a bigger 12-man Omani team that is preparing for the Star Sailors League.