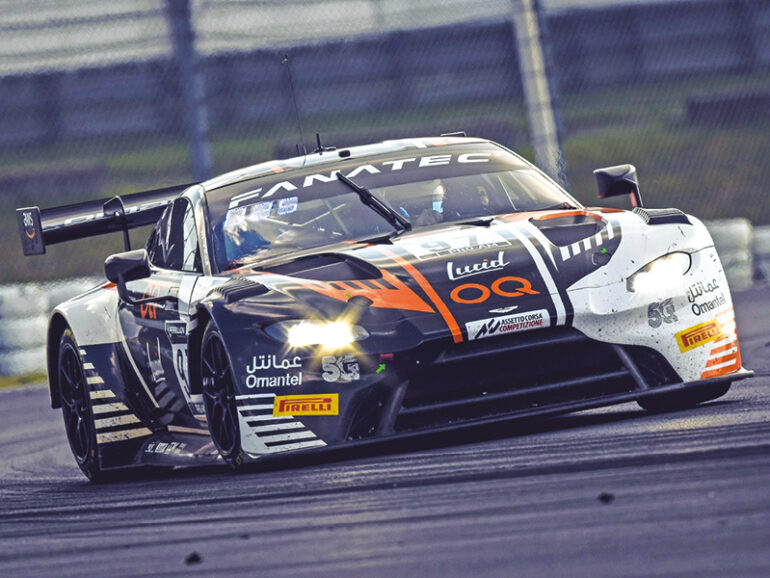 Almost two years since Oman’s No 1 racing driver last competed in Europe’s biggest and most competitive GT3 endurance championship, Ahmad performed strongly at the wheel of the No 97 Aston Martin Vantage GT3 in a challenging three-hour race.

Starting the race, the penultimate event of the Endurance Cup season, from third in Pro-Am, Ahmad took the opening stint of the race and handed the car over to Petrobelli, at the first pit-stop, from third.

“It was a very, very tough race for sure,” said Ahmad. “We all drove the car to its absolute limit. We knew throughout the weekend we were going to have a very tough race as Nurburgring was a challenging circuit for the Aston. I was happy with my stint as I stayed with the pack.

“I was pretty happy in the end. Giacomo did a great job as well and it was fantastic to have Max with us this weekend.

“I think we got the maximum we could out of the car, P5 is a very respectable result from a very, very tough and challenging grid.”

At the flag at the end of the three hours, Martin was just 0.3 seconds shy of the class top-four in 26th position overall.

“This weekend show motivates us more for the next round at Barcelona, where we hope we will have a stronger overall package,”added Ahmad.

The final race of the GT World Challenge Europe season will take place at the Circuit de Barcelona-Catalunya in Spain on October 10.