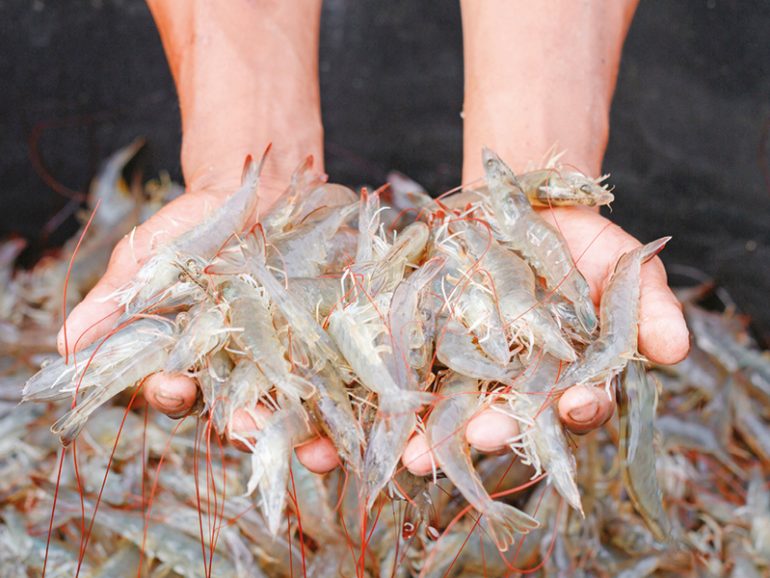 The Al Jazer Shrimp Farm in Al Wusta, with a capacity to produce 12,500 tonnes of Indian white shrimp annually, will now be backed by Saudi Arabia.

A memorandum of understanding was signed between the Fisheries Development Oman (FDO) and the National Aquaculture Group (Naqua) of Saudi Arabia to establish Al Jazer Shrimp Farm.

Eng Ahmad al Balla, managing director of the Naqua, in a statement to the Saudi Press Agency, said that Naqua enjoys an experience of around 40 years in shrimp farming and also has the benefit of using modern technologies to enhance production.

“This makes it able to contribute to adding value to investment projects in the sultanate,” he said.

The farm, which is developed by FDO, had initially an investment value of RO44.5mn for phase one of the project.

‘At the beginning of 2020, an aquaculture consultant was selected by the company, and then assigned to revise the conceptual designs of the project,’stated the Economic Diversification Report 2020 of Oman Vision 2040 Implementation Follow-Up Unit.

After the revision was completed, the conceptual designs were approved in May 2020.

‘Then, the company started the tendering process to assign Environmental Impact Assessment (EIA) consultant, who was assigned in June 2020, and started the assessment study accordingly.’

Simultaneously, the company assigned a consultant to start the feasibility study, which was completed by the end of December 2020. ‘Moreover, the EIA was completed and the study report was submitted to the Environment Authority in November 2020. In 2021, the company aims to use the results of the feasibility study to seek the board approval to continue the project,’ the report stated.

The three-month long shrimp fishing season began on Wednesday with authorities expecting it be a better year than 2020, when the sultanate saw a fall of 17.27 per cent in catch over 2019.

Shrimp fishing begins along the coasts of the sultanate, especially in the governorates of South Sharqiah, Al Wusta and Dhofar and lasts for three months.

The largest and most productive shrimp fisheries are concentrated in the wilayat of Mahout in Al Wusta governorate.

Saeed bin Humaid al Hakmani, head of the Fisheries Development Centre in Mahout, Ministry of Agriculture, Fisheries and Water Resources, said that the centre distributed traditional nets to local fishermen to encourage them and preserve the practice of traditional fishing.

He pointed out that the total quantity of shrimp production for 2020 amounted to 714 tonnes, at a value of over RO2mn, which was 149 tonnes down in comparison to 2019.

The ministry has carried out several scientific studies on shrimp fishing, as well as on ways to multiply shrimp production in sultanate. It is hopeful that this year production will be better than 2020.

According to the ministry, the preparations for the season are complete.