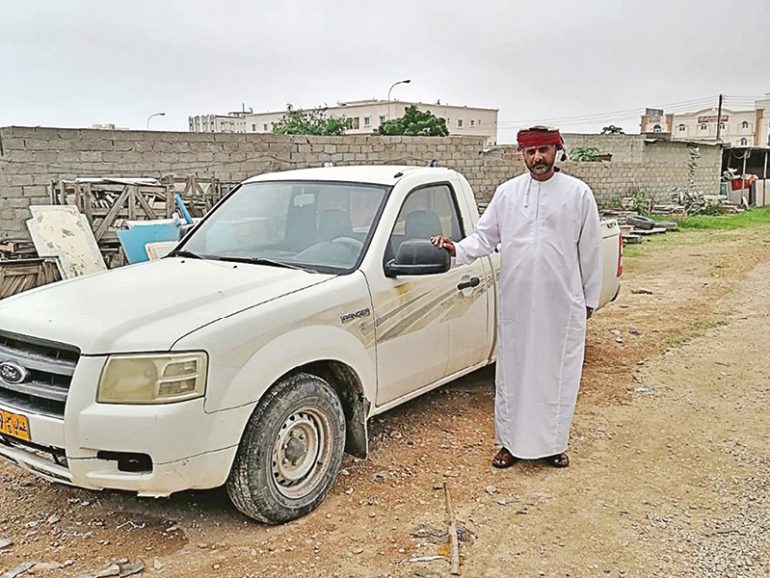 A cleanliness drive conducted by a citizen on his own account to rid Dhofar’s tourist sites of trash has come into the spotlight. Ahmed Issa Jaboob’s recent initiative during the ongoing khareef festival when Dhofar dazzles and draws tourists from far and near has been praised in social media.

Jaboob, 50, a native of the governorate, often undertakes the task of removing garbage from tourist areas in Dhofar during its most popular season. Images of the trash the conscientious citizen collected triggered a flurry of reactions and comments praising his initiative.

Speaking to Muscat Daily, the self-appointed trash cleaner  said, “I have been cleaning tourist hotspots, beaches and mountains sites on my own since childhood. I also love hiking and camping; so when I see trash on hiking trails and camping sites, I clean up these places.”

Jaboob is particularly active during khareef in removing trash from tourist sites. “A few days ago, I undertook a three-day campaign during a weekend and was surprised by the amount of waste I found.”

Describing littering as a ‘serious issue’, Jaboob said, “It is embarrassing to see food packets, bottles and soft drink cans  strewn all over. Many visitors take photographs of litter and post these on social media. This is bad for our country; it spoils our image. But littering is not only bad for tourism but the environment, too. With littering, we lose business as well as damage the environment.”

Besides doing solo clean-up activities at tourist sites for over 15 years, he runs awareness campaigns among community members on the importance of preserving the environment. “However, it is impossible to cover big areas. And it is next to impossible to track people who litter.”

Talking about the challenges he faces, Jaboob said the sheer bulk and volume of trash – including fishing net, construction waste and industrial pipes – need a large number of people to transport them. Currently, he transports all the collected trash in his pick-up truck.