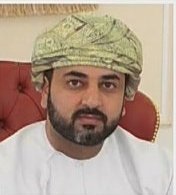 It was only a formality for Marwan bin Juma al Juma on Tuesday as he was elected as the new Oman Hockey Association (OHA) chairman for the 2021-2024 term after he was the only contestant left in the fray.

Muscat Daily had reported in June that Juma was the only contestant left after the closing of nominations.

Earlier on Monday, experienced administrator Taha al Kishry was re-elected as the chairman of the Oman Swimming Association (OSA) for the 2021-24 term after a close fight against his rival Nasser al Alawi of Al Talee’a Club. Kishry polled 11 to edge Alawi, who received nine votes.

At the annual general meeting of the OHA, a total of 15 clubs’ representatives were present. Madian bin Ahmed Habza, who was a member in the previous board, was elected as the vice-president.

The reserved board member seat for woman at the OHA was won by Hannan al Harassi while the other board members elected were former Oman international player and referee Thani Sahim al Wahaibi, Ahmed al Yafei, Said al Mamari and Abdullah al Obaidani.

Juma is also the chairman of Ahli-Sidab Club, one of the powerhouses of hockey in the sultanate. The club are current holders of the coveted His Majesty’s Cup title and have won a record 12 times in the tournament’s 50-year history. Juma succeeds Talib al Wahaibi, who was the helm for the past five years.

Wahaibi’s tenure was marked by spotlight on Oman hockey across Asia and world with Oman hosting the Asian Champions Trophy (2018), the Asian Hockey Federation Congress (2017) and winning the rights to host the inaugural FIH Hockey5s World Cup in January 2024.

Kishry’s re-election as the OSA chief makes him one of the longest-serving association chairman in Oman. He first took over as the OSA boss in 2009.

An executive member of the Olympic Council of Asia (OCA) and the secretary-general of Oman Olympic Committee (OOC), Kishry will have Tariq al Hashmi as his deputy, who was re-elected as the vice-chairman.

Malallah al Busaidi was elected as the general secretary and Salim al Hassani will be the treasurer.

Madiha al Suleimani will be the woman board member at the OSA. The other members elected are Said al Matrooshi, Ibrahim al Wahaibi, Ahmed Hakeem and Ahmed Marhoon.

The OSA’s annual general meeting at the Sultan Qaboos Sports Complex was attended by representatives of 20 clubs.