My love affair with hockey to continue, says Wahaibi 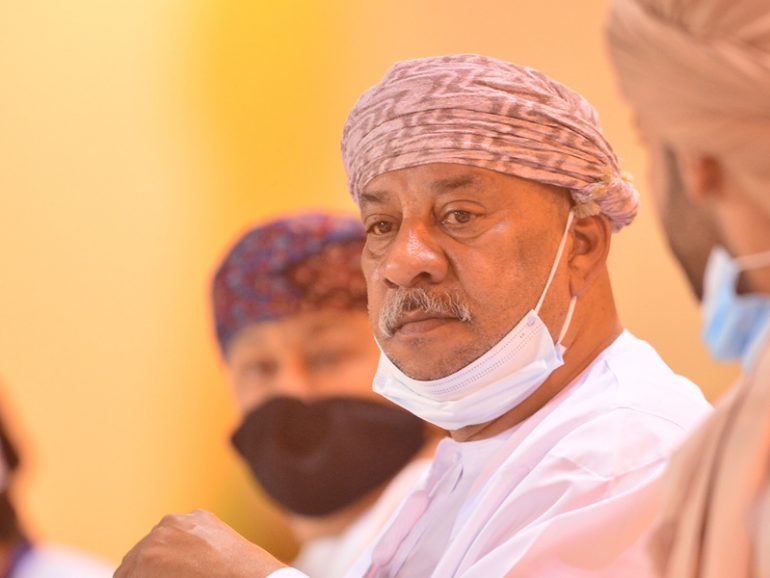 It has been an emotional journey for him over the past few months. But having achieved a near ‘impossible’ mission, he bids farewell to Oman Hockey Association (OHA) with his head held high as he successfully led the sultanate’s bid to bag the hosting rights for the inaugural edition of the FIH Hockey5s World Cup (men and women) in Muscat in January 2024.

In an exclusive chat with Muscat Daily, days after it was confirmed that Marwan Juma al Juma will be the new OHA chairman [he was the only candidate left in fray for the post], the outgoing chief, Talib al Wahaibi, told Muscat Daily, “It has been a very satisfying and successful journey for me over the past five years. Undoubtedly, the greatest joy for me was reserved for the end. I feel honoured to have put Oman on the world hockey map by getting the first ever FIH Hockey5s World Cup to Muscat in January, 2024.”

Like the captain of a ship, which incidentally, Wahaibi was, having spent nearly a decade and a half as captain with the Royal Navy of Oman (RNO), he tackled the domestic hockey governing body through the ups and downs, quite similar to sailing through choppy waters at times.

But it was his direction and vision, as the OHA chief, that put spotlight, on Oman, first at the Asian level, and now at the global level.

There were tears of joy flowing down his cheeks as he spoke about the challenges that he overcame to get the hosting rights for the FIH Hockey5s World Cups (men and women).

‘Not an easy task to win the bid’

“It was not an easy task. Unfortunately, people think like that. I literally didn’t sleep for days and worked tirelessly with a very small team to achieve the near impossible task as we were up against some of the heavyweights in world and Asian hockey,” he said.

In fact, Wahaibi recollects vividly the day they had submitted the bid papers to the FIH, as they faced a race against time after getting the necessary approval from the concerned authorities a bit behind the schedule.

“We had to burn the midnight oil to ensure that our bid was admitted as we were late in our submission,” said Wahaibi.

He added, “The next challenge was to get the much-needed support from across globe, and make attempts to talk with rival bidding nations. We knew Pakistan was in contention along with India and Singapore. I decided to take the risk to travel to Pakistan despite the coronavirus pandemic and meet the Pakistan Hockey Federation (PHF) officials to convince them to support us. Despite the travel hurdles with COVID-19 restrictions in place, I decided to risk the trip against the advice of even my family.

“I am grateful to Asian Hockey Federation (AHF) chief executive Dato Tayyab Ikram, who was at that time in Pakistan, and agreed to meet us. We finally managed to gather support of other nations and got the nod of the FIH task force to award us the inaugural edition of the Hockey5s World Cup.”

“It [winning the hosting rights of the Hockey 5s World Cup] has turned out to be an icing on the cake as I give way to the young Marwan [al Juma], who incidentally belongs to the same club that I have grown with since my childhood – Al Ahli and now Ahli-Sidab,” said Wahaibi.

‘Mission to make it grand success’

The brainchild behind the successful bid for Hockey5s World Cup and an experienced administrator, Wahaibi said, “Though I will be leaving the OHA in August [elections are due then], my association with the game will continue, in particular, as a member of the organising committee of the FIH Hockey5s World Cup.”

He added, “It is my dream project and I would like to continue my association with it with a mission to make it a grand success. I am hopeful that I would be handed a key role in the organising committee, given my large years in organising successful international hockey tournaments and events.”

Oman are certain to benefit with his expertise in the coming days as they prepare to host the Hockey5s World Cup. With a total of 32 teams including Oman men and women teams in fray, a large contingent of teams, officials, media and fans are due to visit in January 2024.

Women’s hockey to be developed

It was during Wahaibi’s tenure that Oman hosted the key AHF Congress in 2017 and a year later, Oman managed to get the prestigious Asian Champions Trophy to Oman with a dream final set up between bitter rivals, India and Pakistan. Unfortunately the final was washed off due to heavy rains in Muscat.

Wahaibi was also instrumental in roping in one of the best coaches in Asia, Tahir Zaman of Pakistan, a World Cup winner, to Oman. During Zaman’s tenure, Oman improved their rankings. According to the latest FIH rankings, Oman are at 27th  spot in the world.

The outgoing OHA chief said that the launch of a women’s hockey5s team in Oman will go a long way in changing the outlook for hockey among Omani girls. “We are in talks with a top coach from India and plans are afoot to introduce the game in schools. We are confident of fielding an Oman women’s team at the Hockey5s World Cup. It is an important step in the direction of women empowerment in Oman sports.”

Among the other major developments expected with the hosting of the Hockey5s World Cup are more astro-turf grounds, exclusive hockey5s ground, a new outdoor stadium with a retractable roof next to the existing hockey stadium at the Sultan Qaboos Sports Complex, more international participations and the raising the profile of the game, which is the oldest recognised Olympic sport played in the sultanate.

Wahaibi said, “I will cease to be OHA chief at the next OHA general assembly in August, when the elections will be held. But, my love affair with hockey will continue. It has been there since my childhood. I now want to dedicate my full time and energy for the hosting of the Hockey5s World Cup. It will be the biggest hockey event staged in Oman and it means a world to me.”

Known for his passion, organisational skills and commitment towards the game, Wahaibi said, “The event will be a great boost for the promotion of hockey both in the country and in the whole region.”

“Winning the rights to host this attractive format of the tournament will open up new horizons and showcase Oman around the world,” he said as he signed off.