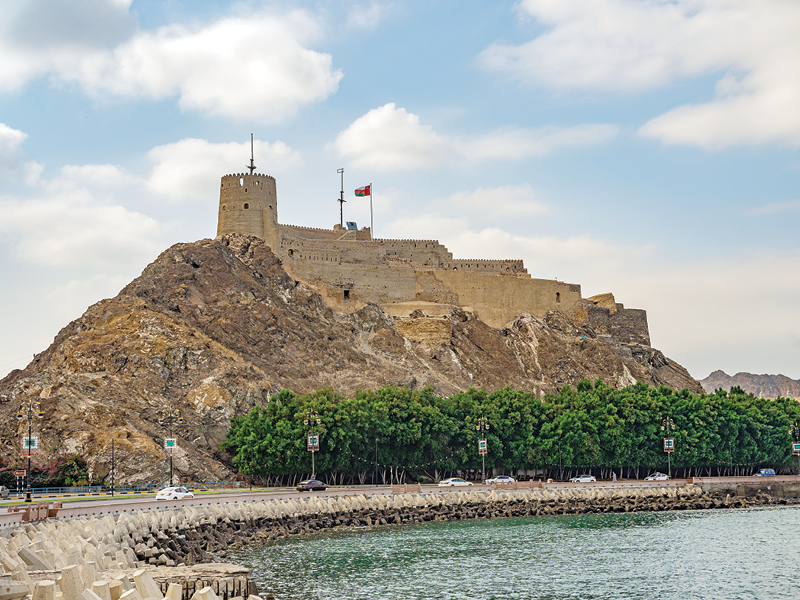 To revitalise tourism and increase national income, the Ministry of Heritage and Tourism (MHT) has called on private companies to operate and manage Muttrah Fort and Al Bait al Kabir in Muttrah.

A statement issued by MHT, said, ‘The ministry calls on private companies and institutions that have the technical and financial capabilities to apply for the lease, operation and management of Muttrah Fort and Al Bait al Kabir.’

It added that an application listing the terms and conditions can be bought from the Financial Affairs Department of MHT during working hours, starting May 30 until June 3. The form can be purchased for RO25 and the deadline for submission of bids is 1pm on June 26, 2021.

Muttrah Fort sits atop a rocky, narrow hill facing the sea overlooking Sultan Qaboos Tourism Port, Muttrah Souq and Corniche. It has three circular towers – the biggest and tallest of which is built at the fort’s highest point. Of the two smaller towers, one lodging cannon is located in the fort’s western end.

The fort was officially opened to public after major renovations carried out over a ten-year period in June 2018.

Since the opening, the ministry has planned its handover to a private company for operations and management. Entry to the fort is free but there is a proposal to introduce a visitor’s fee.

According to National Centre for Statistics and Information (NCSI) statistics, as many as 426,500 people visited forts and castles in Oman in 2019, registering an increase of 16.4 per cent on the previous year’s figures.

Of the total visitors, 251,080 were foreign tourists, according to statistics provided by MHT.