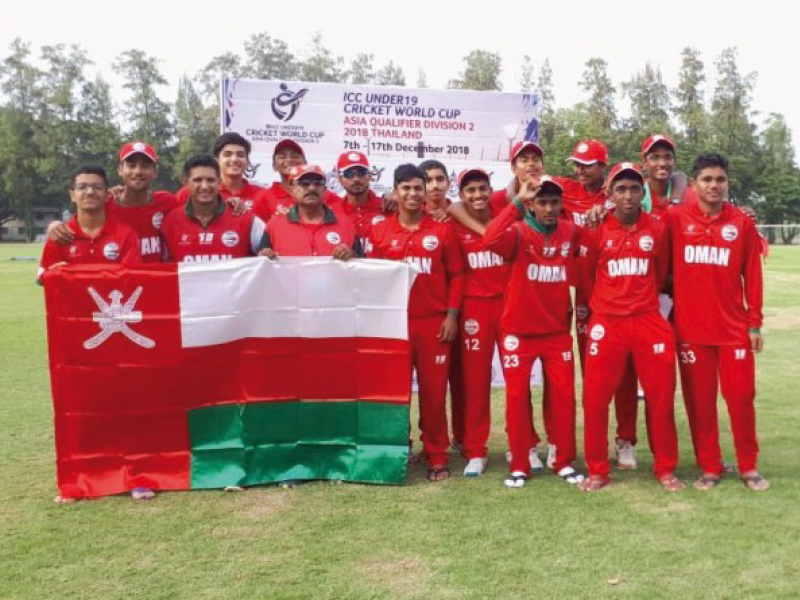 The International Cricket Council (ICC) recently announced that the ICC U19 Men’s Cricket World Cup (CWC) Asia Division Two Qualifier has been cancelled due to COVID-19.

Oman was scheduled to take part in the Division Two Qualifier, which was due to be held in Thailand.

Following the cancellation, ICC have promoted Oman and Singapore to the U19 Men’s CWC Asia Qualifier scheduled in September, 2021, in the United Arab Emirates, as a result of both teams having the best records in the previous five editions of the U19 Cricket World Cup qualifiers.

Thailand had expressed their inability to host due to COVID-19 restrictions and with no other suitable hosting option, ICC announced the cancellation.

Also, the U19 Men’s Cricket World Cup Africa Division Two Qualifier also has been postponed due to the pandemic.

The Asia A Qualifier which is two steps away from the Men’s T20 World Cup 2022 was due to be hosted between April 3-9, 2021, involving Bahrain, Kuwait, Maldives, Qatar and Saudi Arabia has now been postponed and will be played in Kuwait between October 23-29.

“With a combination of restrictions in place in some participating countries limiting the opportunity for team preparation, as well as ongoing quarantine requirements and travel restrictions, there was no other option but to postpone and reschedule the events.

“Unfortunately, due to there being no suitable options to stage the event within the necessary timelines, we have taken the difficult decision to cancel the U19 Men’s CWC Asia Division Two Qualifier. As a result, Oman and Singapore are promoted to the U19 Men’s CWC Asia Qualifier on the basis of their performances in the five previous editions of the event.

“We will continue to monitor and assess all events across our pathway structures with the ICC’s priority continuing to be to protect the well-being of players, coaches, officials and fans.”