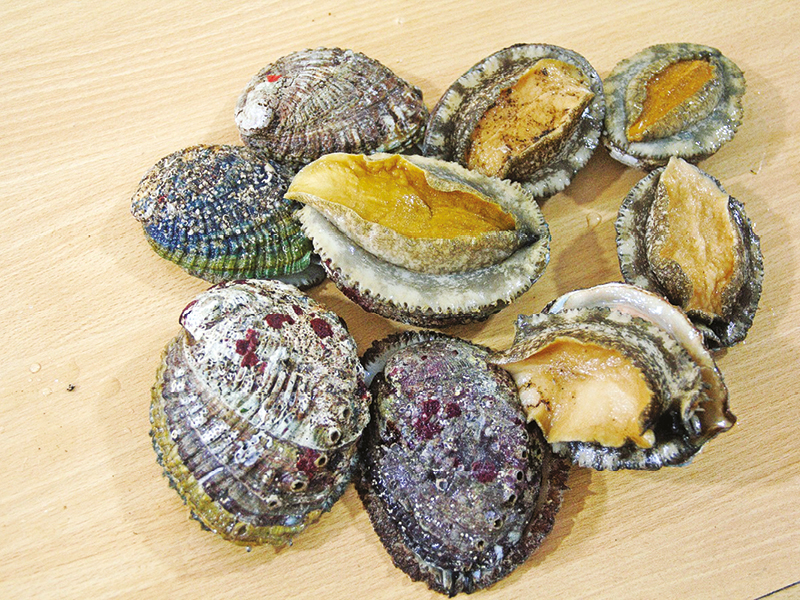 To ensure a sustainable stock of abalone and support fishermen, the Ministry of Agriculture, Fisheries and Water Resources has banned harvesting, collecting and dealing in abalone during the 2020 and 2021 fishing seasons.

The ministry has stated that Oman’s abalone stocks continue to be depleted as a result of divers’ malpractices during the fishing season, as well as fishing outside the season. The abalone are currently small to medium in size and have not matured and proliferated to sustain the stock.

The survey, conducted in Mirbat, Sadah, Hadbien and Hasik, was aimed at defining biological indicators – including density, accumulation and size – of abalone and comparing these to data of previous surveys. As many as 32 sites were surveyed in the four areas by using a 100m long transect rope.

The survey revealed that the density of abalone has dropped significantly by 41 per cent, compared to the 2019, in all areas under study. Hadbein showed the biggest drop in stocks – 58 per cent – over the previous year.

Speaking to Muscat Daily, Dr Abdulaziz al Marzouqi, director general of Fisheries Resources Development in the ministry, said, “A ban on harvesting, collecting and dealing in abalone during the 2020 and 2021 fishing seasons will contribute to a gradual improvement of the stock. The ministry conducts periodic marine stock surveys to assess the condition of abalone and improve its environment for reproduction. Cooperation of the stakeholders in the abalone fishery sector and society will contribute significantly to the sustainability of the stock.”

Marzouqi noted that abalone is a rare marine wealth found in Omani waters in Dhofar governorate near the wilayats of Mirbat and Shalim, and the Hallaniyat Islands. Most of the catch is exported to Asian markets through local traders.

Abalone are mono-shelled molluscs, which live in coastal areas with rocky beaches where algae and seaweeds are abundant. Known as ‘ear-shell’ in Arabic, these nocturnal creatures are found attached to rocks in the sea where they live inside a rough elliptical shell with a row of holes on its sides that help it breath. Abalone have high nutritional value owing to their high protein count.

There are about 120 types of abalone, most of which are found in Australia, Japan, Mexico, New Zealand, South Africa, and the US, besides Oman.

The Ministry of Agriculture, Fisheries and Water Resources had banned fishing of abalone in previous seasons, too – 2017 and 2018 – to increase fertilisation and reproduction, and improve productivity to support fishermen economically. With the annual production of abalone fluctuating, an estimated 24 tonnes were harvested in the fishing season of 2019 between December 7 to 16.

The abalone catch has dwindled over the years in Omani waters, with an annual catch in the range of 50 to 55 tonnes. It went to a high of 149 tonnes in 2011, when fishing of abalone reopened after a moratorium of three years on harvest, sale and export.

During season, abalone fishermen set out in early morning with simple tools, including a knife-like tool, underwater glasses and a net worn around the waist to collect the catch. In the evening, they return to land and work to extract the meat (foot muscle) of the abalone from its shell using a sharp tool known locally as al jazra (the carrot). The fishermen then go to traders to sell their daily catch of abalone – usually ranging between RO30 to RO50 per kg.

The longer the drying period, the higher the quality of the abalone is considered. It is canned and sold to foreign markets, especially East Asian countries, the most important of which is Hong Kong where Omani abalone is sough after due to its high quality.