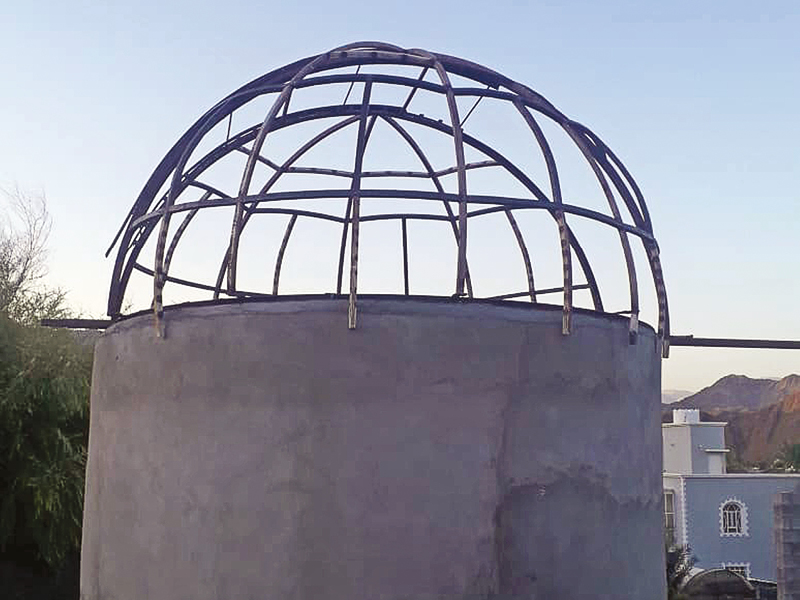 To document astronomical phenomena and spread awareness among members of society, an Omani has set up an observatory in Al Hoqain in the wilayat of Rustaq in South Batinah.

Yousef Zahir al Salmi, who is a member of the Oman Astronomical Society, said his fascination for celestial objects and phenomena began in the 1990s and that prompted him to establish a personal observatory.

Speaking to Muscat Daily, Salmi said, “I started observing various astronomical phenomena such as solar eclipses, lunar eclipses and stars. Then I thought of setting up my own observatory.”

The observatory was used to conduct astronomical workshops for school students, he said.

“Unfortunately, it was exposed to a fire and it stopped functioning . I recently rebuilt it and it will be ready next month.”

Salmi said he is once again ready to spread astronomical awareness among members of society through his observatory, and hold astronomical events and workshops for school students and astronomy enthusiasts.

“The observatory also aims to instil a culture of astronomy among children and revive the heritage of ancient Arab astronomers. There is a large space surrounding the observatory, which we will prepare for holding various astronomical events.”

The coronavirus pandemic has forced him to suspend the activities he used to hold every month, he said.

Talking about the future, he said, “Now we are cooperating with the Oman Astronomical Society to monitor astronomical phenomena such as solar eclipse. We want to establish another bigger observatory and purchase modern astronomical instruments to serve more people.”