His Majesty the Sultan accords attention to equestrian sports 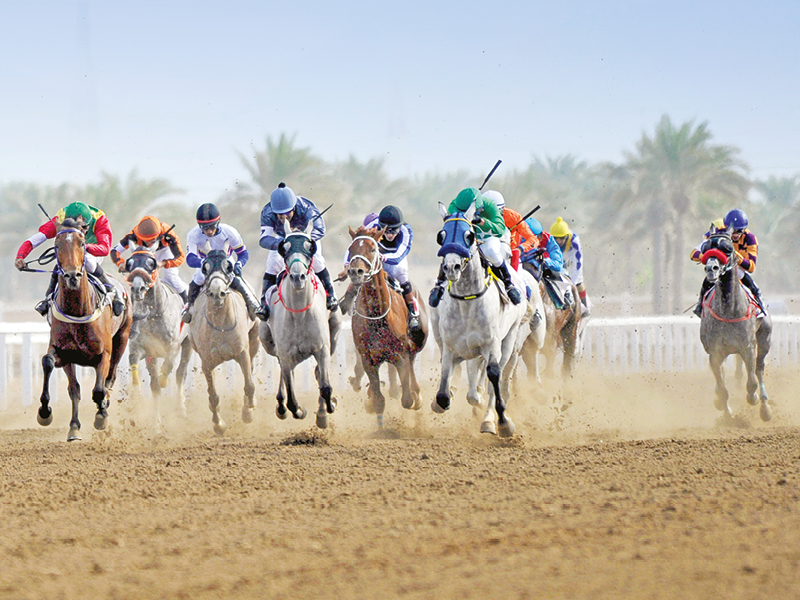 “The support is aimed at preserving this historic Arabian sport that is a source of income for a large segment of Omani society. It is aimed at attracting young people to the sport and fostering equestrian sports culture locally and internationally,” said Brig Gen Abdulrazaq bin Abdulqadir al Shahwarzi, commander of the Royal Cavalry.

He reaffirmed that the sultanate has assumed a respectable status in the global sports map based on the ratings and timings achieved by horses participating in local races, in addition to advanced places in international sports.

Brig Gen Shahwarzi pointed out that His Majesty the Sultan’s patronage for equestrian sports has prompted horse owners to obtain top pedigree purebred and thoroughbred Arabian horses compatible to bloodlines of local horses so that they can contest at all levels.

Also, valuable prizes are given to winners to encourage their outbound participation under the banner of the sultanate, he added.

The Royal Cavalry’s horse racing track has been equipped to world-class standards by a firm specialised in organising horse races in the sultanate.

The company, staffed almost 100 per cent by Omanis, has been commended for its excellent performance in the management of this type of sports in the sultanate, said the commander of the Royal Cavalry.

Speaking about Omani jockeys, he said that they have achieved advanced levels of professionalism through their participation in local and international events.

“This is evident from the factthat they are called for participation within hours from the announcement of horse races in different countries. Their results are good, in fact remarkable, due to the huge pressure that they undergo, for example, their participation in a single week in different events during racing season in the GCC states,” he observed.

The 2020-21 horse racing season will kick off on October 17 – this time without spectators on the ramps.

The authorities concerned have undertaken all precautionary measures to ensure the safety of participants.