Literacy for all: More women in Oman take up education 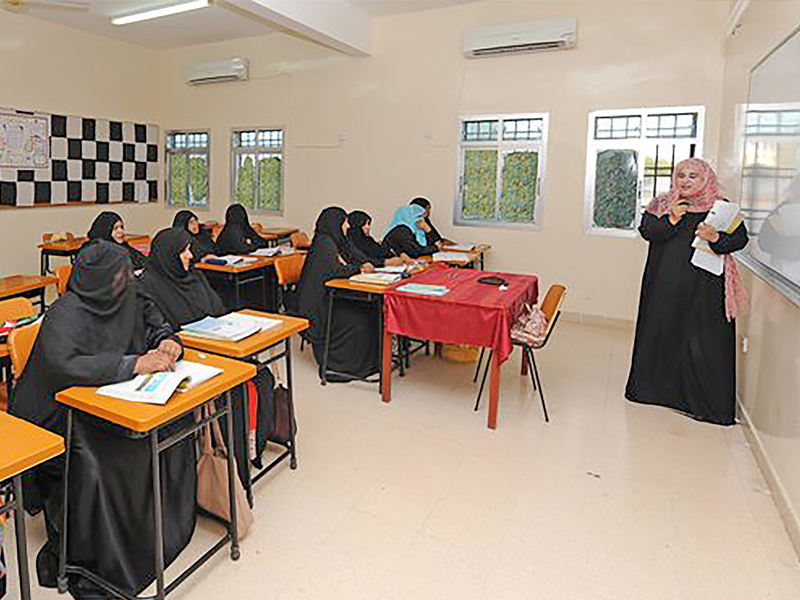 In a sign of increasing awareness about education among Omani women, it has been revealed that females constituted 95.9 per cent of the total number of students in literacy centres in the sultanate, during the academic year 2019/20.

The National Centre for Statistics and Information (NCSI) released the information on International Literacy Day, which is celebrated on September 8 each year.

The sultanate, represented by the Ministry of Education, participated with other countries in the world in celebrating the International Literacy Day.

The sultanate has made great efforts since the academic year 1973/74 to combat illiteracy and eliminate it in all its forms.

The Ministry of Education developed strategic plans, which included in its objectives special activities to achieve and develop literacy programmes that have reduced illiteracy in the sultanate.

As a result of these efforts, the illiteracy rate in the sultanate decreased to 5.78 per cent in the age group 15 years and over and the literacy rate reached 94.22 per cent by the end of 2018.

The Ministry of Education has set up a number of supportive projects to strengthen partnerships between official institutions, private sector institutions and civil society, considering  illiteracy as a national issue.

The projects included programmes such as the ‘Training Bag Project’ that contains the basic scientific material that can be used to train teaching staff in literacy classes to raise their professional level and develop their educational skills.

A training programme for new teaching staff in the literacy classes qualifies them to work in the field of literacy.

In addition, the project called ‘Educated Village Project’ in various governorates of the sultanate targets all illiterate people of the village.

The number of villages in the ‘Educated Village Project’ by the end of 2018 was 30.

The ministry also has other projects like the ‘Cooperating School Project’ and the ‘Omani Literacy Project’ in islands and coastal villages.