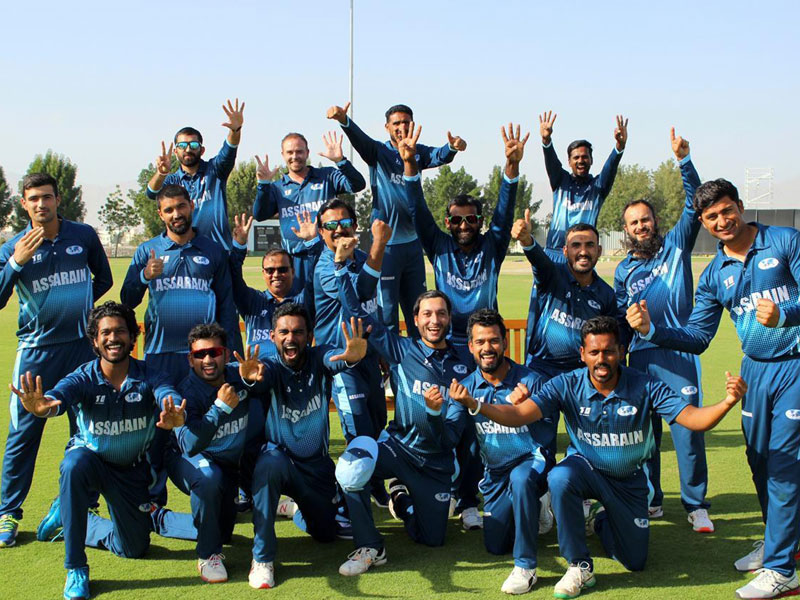 The ongoing coronavirus pandemic has wrecked sporting activities and various leagues across the world. While there has been resumption of football leagues in Europe behind closed doors, Oman is yet awaiting the lifting of suspension of sporting activities since mid-March.

However, Oman Cricket (OC) seems to have suffered a body blow ahead of the 2020-2021 season when two of the top teams in the top-flight Premier Division – Assarain and Passage to India (PTI) – withdrew from the upcoming season.

While Assarain are the defending champions, PTI are former Premier Division winners, claiming the title in 2018-19. Such has been the dominance of the two sides that since the Premier Division was launched in 2015-16, only these two sides have been able to claim the winner’s trophy. Assarain won it thrice and PTI the other two.

The withdrawal of both the teams from the forthcoming season forced OC to adopt measures to safeguard the interests of the national team players, a majority of whom were playing for both the teams.

In his exclusive remarks to Muscat Daily, Duleep Mendis, the national team head coach and OC’s chief development officer said, “It is indeed a sad development but it is a decision of the team employers for reasons best known to them. But we have to move on, and with good cooperation from the team’s employers, the players’ interest have been safeguarded. This was crucial to get the players remain here.”

The Premier Division league is expected to begin by the last week of September or first week of October as OC awaits the go-ahead from the Supreme Committee on resumption of sporting activities in Oman.

“Following the withdrawal of Assarain and PTI, we have promoted two teams from A Division –  Arm Alpha and AER – to join the Premier Division, which comprises Muscat CT, Al Turki NMC, Renaissance, IT Works,” said Mendis.

Both Assarain and PTI have been dominating the domestic top-flight league in recent years and both the teams constituted a majority of national team players, be it the 50-over or T20 format. So when the teams announced their withdrawal from the upcoming season, OC was caught in a fix as the status of the national team players were at stake.

A series of meetings took place between the OC and representatives of the two teams, and in a major breakthrough, the employers of Assarain and PTI agreed to retain the work visas of the national team players but allowed to release them to play for other Premier Division teams.

OC helped the players by offering them contracts and a total of 14 players from Assarain and PTI benefitted. All the players were allowed to sign one-season deal with the six Premier Division teams and Mendis said that he was satisfied that the national team players will stay put and provide a ‘good competitive league’ as the 14 have been split with different teams.

Mendis said, “I have to thank the existing employers for cooperating with us. It was very important to maintain the existing balance of our national team as we have a hectic 2021 season.

Meanwhile, Vinu Mathews, Assarain team manager confirmed the withdrawal of the team for the 2020-21 season and wished the participating teams all the best for the new season. However, he declined to comment on the reasons of his team’s withdrawal.

Mathews has been the force behind the team’s success, which saw them end up either winners or runners-up from 2011-12 in either T20 or 50 overs league.

K K Mohandas, owner of PTI team, was clear about the reasons for his team’s pullout. “The main reason has been the impact of COVID-19 pandemic. Our hospitality business has suffered heavily for the past six months. With an uncertain future, there was no other option left for me. With a heavy heart, I had to disband the team, which I had personally nurtured for the past ten years.

“Despite the huge losses I made during the past few months, my love for Oman cricket and the interest of players, I agreed to retain six players on my visas so that the players can continue to contribute to the success of our national team.”

PTI, which have won the Premier League 50-over title twice, including the inaugural edition, have been the dominant side in the T20 format, claiming a total of four Premier Division T20 crowns.

And in recent times, PTI’s pacer Bilal and Fayyaz Butt have played a key role in the success of the national team in both the formats.