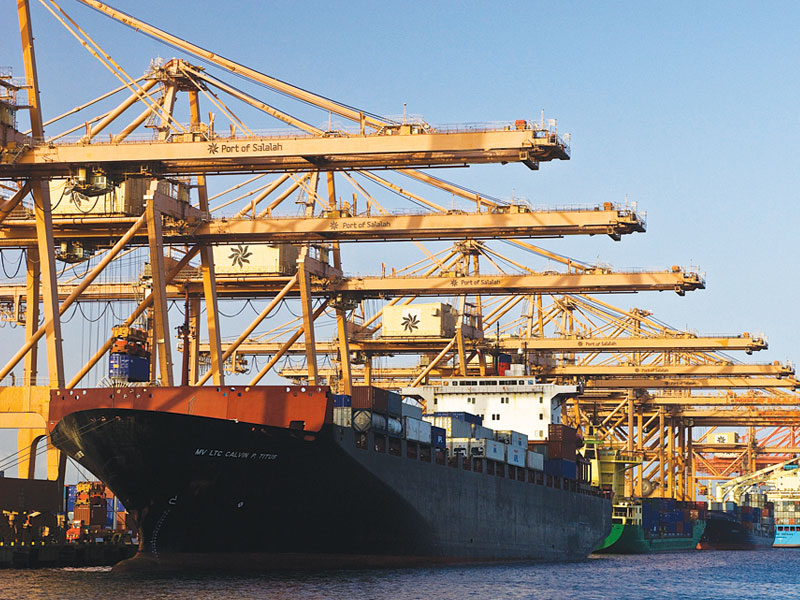 Port of Salalah on Wednesday reported a more than six-fold increase in its net profit for the first quarter of 2020, mainly due to an insurance compensation recorded in the first quarter related to 2018 Cyclone Mekunu damage.

Salalah Port Services Co (SPSC), in the initial results filed to the Muscat Securities Market, said its net profit jumped 530 per cent to RO10.232mn for three months ended March 31, 2020 compared to RO1.625mn recorded in the same period of 2019. The company accounted an amount of RO11.25mn as insurance compensation in the first quarter of 2020.

In May 2018, Port of Salalah had suffered from Cyclone Mekunu that caused property damage, increased cost of working and business interruption. The port reached a settlement with the insurance parties for RO26.05mn for loss and damage compensation, which was accepted by SPSC board in February 2020.

‘In this regard, an advance payment of RO14.8mn was already received and accounted in 2018. After the subtracting of this advance payment, the balance of RO11.25mn is accounted for in the first quarter of 2020,’ SPSC said in its disclosure on Wednesday.

Port of Salalah’s revenue from operations increased 2 per cent to RO17.085mn in the first quarter of this year.

The port’s container terminal handled 1.167mn TEUs (twenty-foot equivalent units) during the first quarter of 2020, a growth of 28 per cent compared with 912,000 TEUs handled in the same period of last year. On the other hand, its general cargo terminal handled 4.35mn metric tonnes of cargo in the first quarter, an increase of just 1 per cent from the same period a year ago.

According to SPSC disclosure, Port of Salalah anticipates that the unprecedented measures taken by governments around the world to control COVID-19 pandemic will have a short to long term impact on the volumes handled at the port.