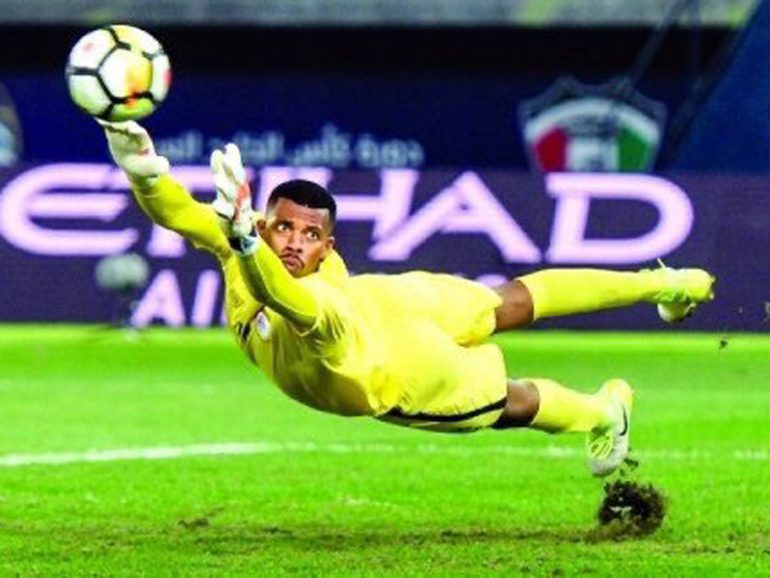 Goalkeeper Faiz al Rushaidi came up with some superb saves as defending champion Oman managed to escape with  a  goalless draw against Bahrain in their opening Group B match of the 24th Gulf Cup Football  Championship in Doha, Qatar, on Wednesday.

Erwin Koeman’s Red Warriors paid the price of their inability to convert the chances that came their way at the Ali bin Khalifa Stadium while their counterparts were more enterprising and  attacking in the second period  but Rushaidi’s brilliance under the bar saw the teams share the spoils.

Oman had the better of chances in the first period but its striker Muhsen al Ghassani and attacking midfielder Al Mandhar al Alawi failed to  capitalise on the gilt-edged  scoring opportunities early in the match. Despite the ball  domination, Oman was kept at bay by its rival as the teams headed into the break goalless. Bahrain’s Portuguese coach Helio Sousa’s pep talk during the break seemed to have worked as his players displayed more  verve and energy to set up a wave of goal-bound attacks.

Rushaidi best efforts came in the 73rd minute when he first  parried away a stinging shot from a Bahraini striker and  then made an equally good reflex save off the rebound.  Two minutes later, Bahrain got a golden chance to take the lead but the shot hit the post and ricocheted to safety.

Oman’s Saad al Suhail’s attempt with three minutes to go was saved for the teams to pick a point each. Koeman will be the happier of the coaches with the result following an uninspiring performance by Red Warriors in the opener. Oman now meets ten-time champions Kuwait in its second group game on Saturday while Saudi Arabia meets Bahrain later on the same day.

Yemen Earlier on Tuesday night, a fine hat-trick from Ali Mabkhout (21st, 38th, 54th minutes) guided the UAE to a 3-0 win over Yemen in a Group A match at the Abdullah bin Khalifa Stadium for a flying start.

The UAE’s leading goal-scorer struck twice in the first half and added a third after the break  to take his overall tally to 58 goals.  Bert van Marwijk’s UAE side outclassed its rivals in all  departments. Mabkhout opened the scoring nodding home  Bandar al Ahbabi’s looping cross from the right.

Mabkhout doubled the UAE’s lead as he hit into the net off a  rebound and completed his  hat-trick  when he collected a pass from Khalfan Mubarak and dribbled past a couple of Yemeni defenders before placing to the left of outstretched Yemen  goalkeeper Salem Saeed.