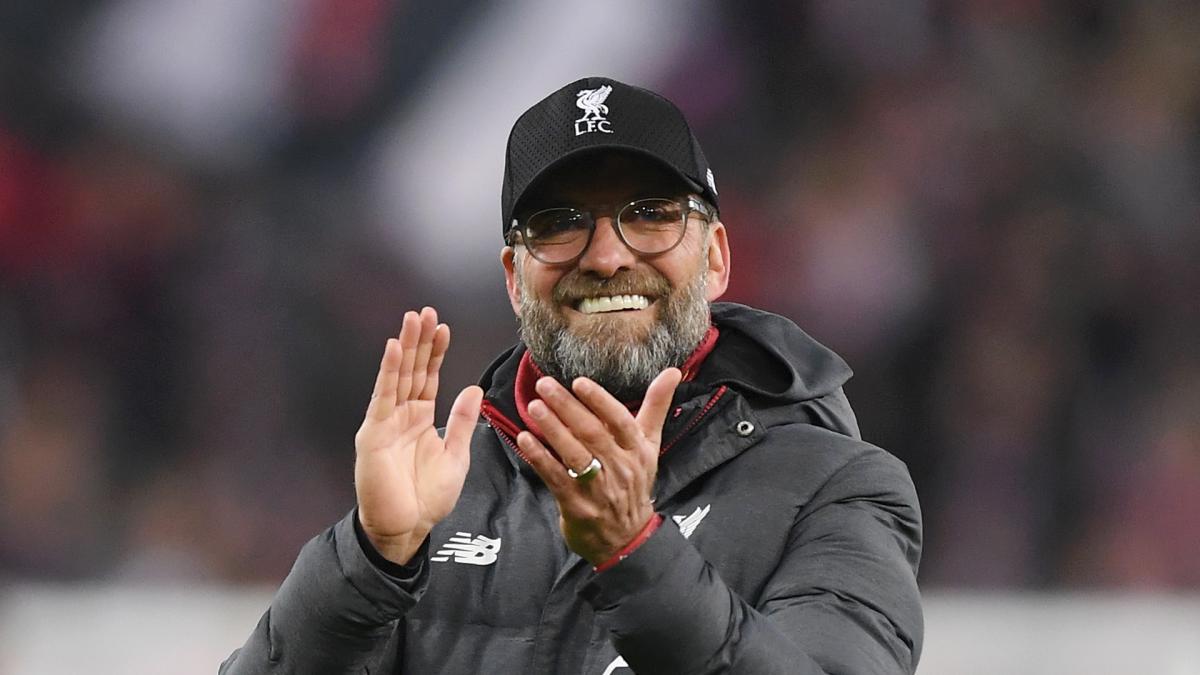 Liverpool have ended their 30-year wait for a topflight title after being crowned English Premier League champions following Manchester City's 1-2 loss at Chelsea on Thursday.

Jurgen Klopp's side had defeated Crystal Palace 4-0 on Wednesday to leave them needing just two points from their remaining seven games to win the title.

But with second-placed City now 23 points behind with seven matches remaining after Thursday's result at Stamford Bridge, Liverpool have an unassailable lead at the top of the standings.

The title brings to an end a 30-year drought as Klopp's class of 2020 ended their wait for a topflight title that stretched back to 1990, when Kenny Dalglish's side won the old Football League championship.

This season's feat means Liverpool now have 19 titles to their name, one behind Manchester United, who sit on 20.

"I have no words. It's unbelievable," Klopp told Sky Sports in an interview after the Chelsea win. "It's much more than I ever thought, to become champions with this outstanding club is unbelievable."

Liverpool broke all sorts of records during a memorable campaign.

They put together a record-equaling run of 18 consecutive wins from October through to February 29 and have won every league match at home this season, making it a record 23 on the bounce.  They also set a club record of 44 matches without defeat, stretching back to last season.

"It's an incredible achievement for my players," Klopp said.

The long wait set off celebrations all throughout the football-mad city. And Klopp said the feeling of being a champion with the Reds was indescribable.

"It's the best thing I could ever imagine and it's more than I ever dreamed of," he said.

"This was a season for the ages and for the faithful of Liverpool Football Club," Henry, who is head of Fenway Sports Group, tweeted.

"It is said, 'We are Liverpool'. You, the supporters are Liverpool in every sense and you continue to drive the club forward - a historic club making history once again."

When football was postponed due to the coronavirus pandemic, there were times Klopp feared his Liverpool side would be denied the chance to win the title on the pitch. When the league was suspended in March, Liverpool were 25 points clear at the top. Discussions followed on how best to restart the league. Klopp admitted before Liverpool's match

against Everton last Sunday that he was worried the league would be decided by points per game or even voided.

But to Klopp's relief, the league restarted on June 17 and since then Liverpool have drawn with Merseyside rivals Everton 0-0 and swiped aside Palace to get over the finishing line.

Klopp joins Bob Paisley, Kenny Dalglish and Bill Shankly in Liverpool's pantheon of managerial greats in winning a league title, with Jordan Henderson, who spearheaded the Players Together Initiative during lockdown to raise essential funds for the National Health Service (NHS), now a Premier League-winning captain.

The title triumph is the Anfield club's first since 1990.

Speaking to BBC, the German said it meant 'absolutely everything' to help deliver a first English Premier League title to Liverpool fans.

"As long as we stay humble and we're still ready to write stories we want to tell our grandchildren, everything is possible for us," he added.

The German became Liverpool manager in October 2015 and led them to Champions League victory last season, as well as a second-placed finish in the league. They subsequently won the Club World Cup in December.

"Without knowing it at the time, the most important thing I said to the players was that we have to create our own stories and own history," said the former Borussia Dortmund manager.

"When I came in, I had to tell them not to compare themselves with anyone any more, some of the fantastic people who played for this club and won everything in the past.

"We needed to get the opportunity from our supporters to find our own way, and this is only possible because people never lost patience with us in any moment."

"We got rid of the heavy backpack. I took it off that day and never got it back."

"I realised it was obviously really big, I knew that before but I don't think you can be prepared for a situation like this. I was not.

"Maybe you can, but I wasn't and so it hit me full, in my face, and when I've had similar situations you know that it's nice but it's intense as well.

Liverpool defender Virgil van Dijk, who watched the Chelsea win that secured the title with teammates at a Merseyside hotel, said the club had taken the English Premier League to a different level this season.

"It's incredible to be part of this group of players," Van Dijk, a key component in Liverpool's incredible 12 months of success, said.

"Last season we won the Champions League and this year, especially in the Premier League, we have taken it to a different level. We have been so consistent and doing so well.

"It's a fantastic feeling. From the moment I've joined it's one team, everyone is part of it, from the people that work at Melwood [training ground], in the stadium and the players of course.

"We all want the same thing. Outside the pitch we have a bond which is outstanding as well."

Liverpool have won 28 of their 31 EPL games and could break City's record of 100 points, set two seasons ago when they finished 25 points ahead of Liverpool.

Captain Jordan Henderson said Klopp, who replaced Brendan Rodgers in 2015, the season after Liverpool narrowly missed out on the title, had enabled the club to end its 30-year wait for a 19th league title.

"From day one he [Klopp] came in the door and just changed everything and everybody followed him and so far it has been pretty special and it has been an amazing journey," Henderson said.

"What you see is what you get, with his press conferences and on the sidelines. Obviously he as got more of a personal side with the players, but he has got a balance of having a relationship with the players and being a friend but also being a bit ruthless when he needs to be.

"He is a great leader and a great human being and we all believe in him."


(With inputs from agencies)