I am proud of my players, says Oman coach Branko Ivankovic 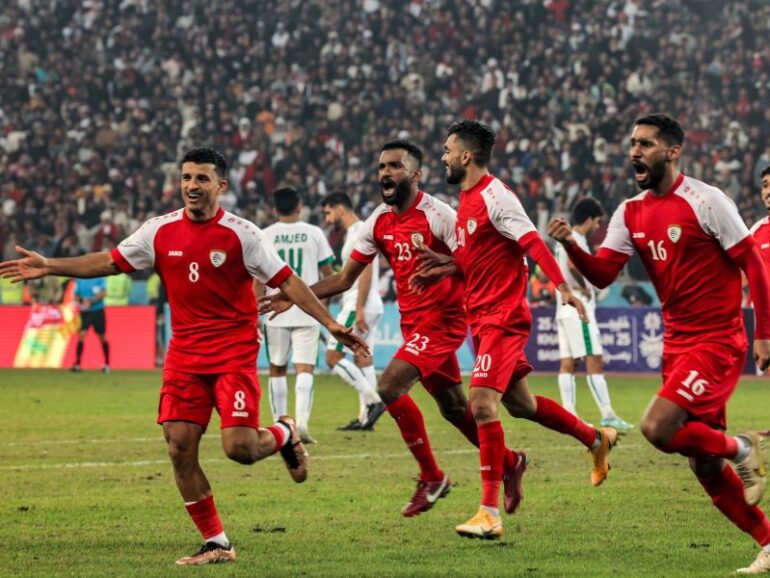 Basra, Iraq – Oman’s heroic fight for a third title at the Gulf Cup was denied by hosts Iraq at the Basra International Stadium on Thursday who won 3-2 in extra time but Reds coach Branko Ivankovic said he was proud of his players.

“I congratulate my players who did everything and were ready mentally and physically, and I am proud of my players for what they did during the whole tournament,” said Ivankovic after the heartbreaking defeat.

“We enjoyed playing in front of this big crowd, the players tried to concentrate against the home team and the spectators, and the experience was essential.

“(What) we gained in this tournament is the experience for the future.

Oman won their fourth Gulf Cup title in the tournament to move clear of Qatar and Saudi Arabia as the second most successful side in the competition’s history behind Kuwait.

But Oman too had their chances in the match and in fact, after a cagey start, it was the visitors who got the first real chance of the game in the 17th minute as Salah Al Yahyaei beat three defenders down the left flank and curled an effort that was parried away by Iraqi goalkeeper Jalal Hassan.

Iraq took the lead in the 24th minute as Ibrahim Bayesh Oman goalkeeper Ibrahim Al Mukhaini off-guard, with a low strike on the turn.

The first half ended with Iraq in the lead as Oman saw their protests for a penalty ignored as Jameel Al Yahmadi collided with the Iraqi goalkeeper three minutes before the break.

Al Yahmadi’s woes against Hassan continued as Oman were awarded a late chance to get back into the game with a penalty, but the number 10’s casually taken spot-kick was collected by the Iraq captain.

There was no mistake a few minutes later when Al Yahyaei stepped up to take a second penalty deep in second-half added time, powering it into the bottom corner past the helpless Hassan, forcing extra time.

With four minutes left to the end of extra time, Iraq though thought it was time to start the party as Amjad Atwan emphatically converted from the penalty spot to reclaim the lead.

But there was plenty of drama left, and Oman refusing to give up, drew level at the very last minute just as they did in regular time. Solid throughout the game, Hassan was left red-faced as he fumbled his save to allow Omar Mohammed’s header to make its way to the back of his net.

However, there was still time for one last twist in the plot as substitute Manaf Younis climbed the highest to head home a long ball into the box from a set-piece, announcing Iraq as champions.

And as for Oman, though they were crest-fallen, they had done more than enough to walk off the field with their heads held high.