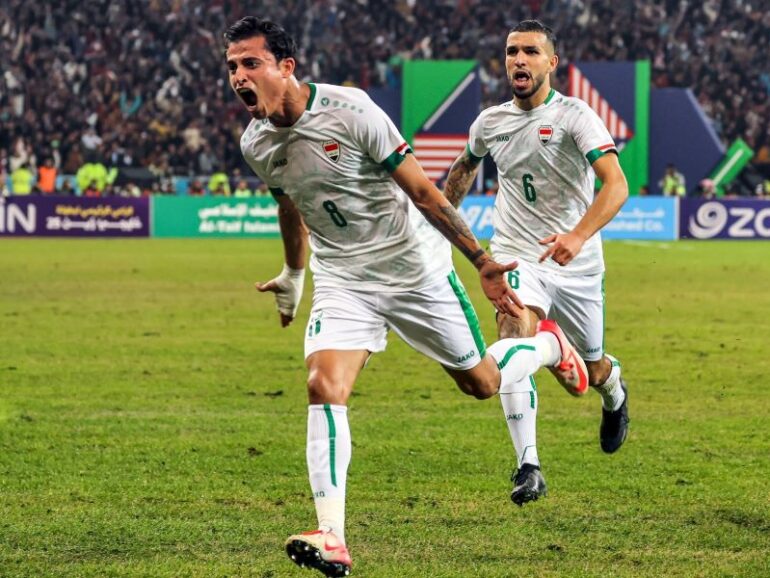 Basra, Iraq – Oman fought gallantly but still went down 3-2 as hosts Iraq won the Gulf Cup at Basra Sport City Stadium on Thursday. Ibrahim Bayesh gave Iraq the lead in the 24th minute of the match but Oman pulled level in the 10th minute of added time through a Salah al Yahyaei penalty to take the game into extra time.

Iran regained the lead in the 116th minute, also from a penalty, converted by Ajmad Attwan. Though Oman again fought back brilliantly to draw level in the 119th minute through Omar Al Malki, their joy was short-lived as Manaf Younis scored the winner in the second minute of added time.

Earlier, one person was killed and dozens injured Thursday when a stampede broke out outside the stadium hours before the final, officials said.

Long banned from hosting international football matches, war-torn Iraq had been counting on the Gulf Cup to burnish its image but it had already been forced to apologise for organisational lapses.

Thousands of fans, many without tickets, had gathered outside the 65,000-seat stadium in Iraq’s main southern city of Basra since dawn in the hope of watching the final between Iraq and Oman.

“There has been one death and dozens of slight injuries,” a medic said.