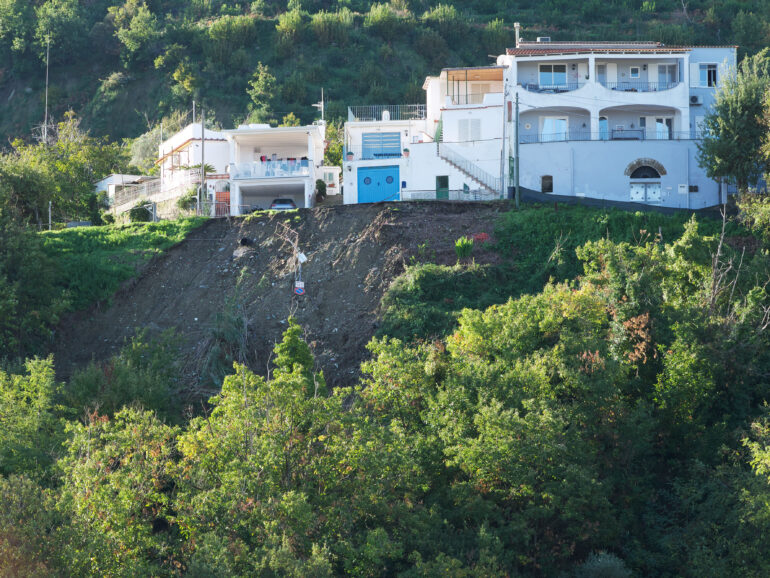 Casamicciola Terme, Italy – Italy’s government declared a state of emergency on Sunday after a landslide on the southern island of Ischia killed at least one person and left a dozen missing.

A wave of mud and debris hit the small town of Casamicciola Terme early on Saturday morning, engulfing at least one house and sweeping cars down to the sea, local media and emergency services said.

A first tranche of two million euros relief funds was released at the end of an emergency cabinet meeting which declared the state of emergency, said Minister for Civil Protection Nello Musumeci.

More than 200 rescuers are still searching for a dozen missing people, while hundreds of volunteers, and others, up to their knees in mud, are busy cleaning the streets of the town.

Wreckage of cars and buses crushed by the mudslide could be seen and boulders were scattered around as excavators sought to free up access to homes, cars and shops.

Rescuers had recovered the body of a 31-year-old woman, according to Italian news agency AGI.

“It’s a situation that hurts us, if only for the people who disappeared under the mountain. Here it’s an island and even if we don’t really know everyone, it’s almost that,” Salvatore Lorini, 45, told AFP.

“The mountain came down, there was devastation of shops, cars, hotels and that was already happening nine years ago. Now I am cleaning my mother-in-law’s shop,” he said.

The landslide was caused by a lack of maintenance and prevention “because nature is nature, there was an earthquake, but a bit of prevention” could have saved lives, said Lorini.

The peninsula, off Naples, is no stranger to states of emergency following earthquakes, volcanic eruptions or severe weather.

Casamicciola Terme, a spa resort of 8,000 inhabitants in winter on the lush island of Ischia, near Capri, was hit by an earthquake in 2017 that killed two people. It was completely destroyed by a much more powerful earthquake at the end of the 19th century.