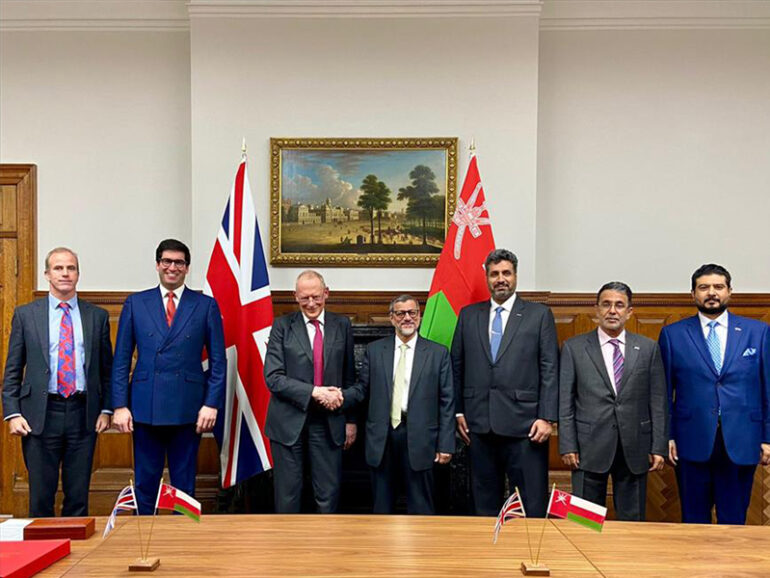 The agreement, signed in London, aims to bolster relations and high-value investment volume between the two countries. The agreement comes within the framework of a memorandum of understanding (MoU) between the British Office for Investment and OIA aimed to enhance joint economic relations.

The trade volume between the two countries has reached £1bn annually. Direct British investments comprised 50 per cent of the foreign investment volume in the sultanate over the past years.

The agreement of partnership aims to invest in specific fields, namely clean energy and information technology. The signing of the agreement comes after the meeting of His Majesty Sultan Haitham bin Tarik with Prime Minister Boris Johnson last month, which explored means of enhancing bilateral relations.

Sayyid Badr Hamad al Busaidi, Foreign Minister, said that the agreement is in line with the aspirations of the two countries to develop bilateral relations and enhance cooperation.

On his turn, Abdulsalam Mohammed al Murshidi, chairman of OIA, affirmed that the agreement embodies the goals of Oman Vision 2040, especially in the areas of sustaining the financial situation and attracting foreign investments.

According to the British Minister of State for Trade and Investment, the sultanate is a strategic partner in the Middle East. He added that the UK is keen to boost trade and investment relations with Oman.

The agreement is expected to contribute to the establishment of economic projects in Oman, including ones in the fields of construction, industry and services. The agreement coincides with the current meetings being held by the strategic Omani-British advisory team.