Thank you, Your Majesty 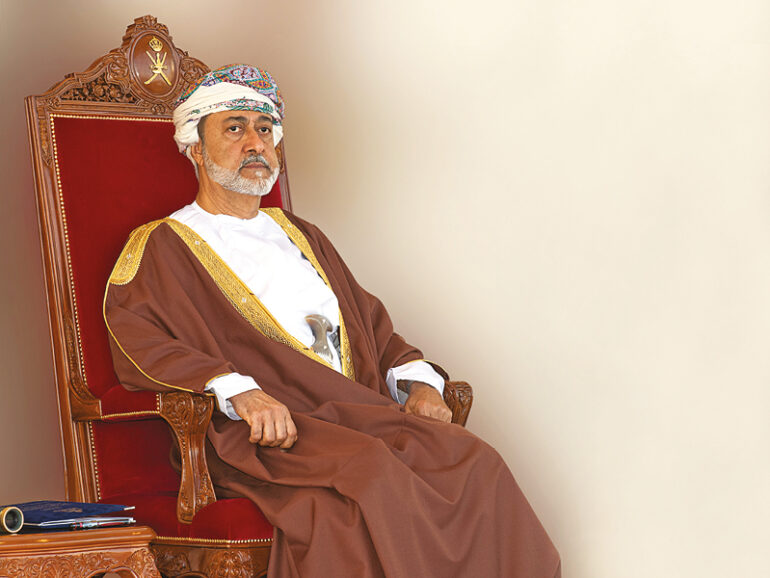 Muscat – As the sultanate celebrates two years of His Majesty Sultan Haitham bin Tarik’s rule on Tuesday, his leadership inspires every Omani, man and woman, who pray for his well-being and are grateful for his many good deeds for the nation and its loyal people ever since his accession to the throne.

In his first speech as the new sultan on January 11, 2020, he said, “The trust thrust on our shoulders and the immense resultant responsibilities require us all to work together for the sake of our country, with a persistent resolve to promote it to the loftiest levels. This cannot be realised without your support and cooperation and a combination of all efforts to achieve the desired supreme national goal. Your contribution to the efforts of progress, development and prosperity will be highly appreciated.”

The achievements of His Majesty the Sultan are amply evident and manifest in every sphere of life. In these two years, he has sowed and cultivated true faith in the people and is now considered the new father figure of the nation after His Majesty Sultan Qaboos bin Said who will forever be a torch to guide the nation.

Stemming from His Majesty’s eagerness to identify the requirements of the educational sector across the sultanate and provide a supportive climate for education, His Majesty the Sultan issued Royal directives to the Diwan of Royal Court to finance the construction of six schools at a cost of RO8.85mn.

These are only a few of several developments initiated by His Majesty the Sultan for the welfare of the country and its people.