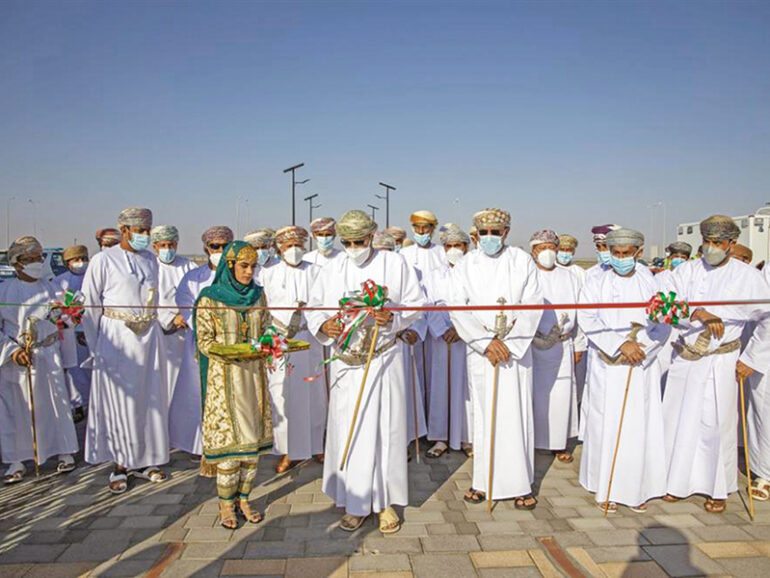 The opening coincides with the Royal presence of His Maje-sty the Sultan in the Governorate of Dakhliyah. The park was set up as per the Royal orders of the Late Sultan Qaboos bin Said.

Besides benefitting locals of Manah and its neighbouring wilayats, the park also serves as a resting point for travellers on the Nizwa-Thumrait road.

Built on an area of 120,000sqm, the park has several facilities and amenities, including four open theatres. Two of the theatres have a capacity of 500 people each, making these suitable to hold events.

Green landscapes cover approximately 45,000sqm of the park. It has over 130 palm trees, 800 flowering plants and various ornamental trees. Additionally, it has shaded nurseries on an area of 800sqm.

As per Royal orders, the management of the park falls under the purview of the Office of the Governor of Dakhliyah.

The opening ceremony was attended by the Secretary-General of Royal Court Affairs, the Governor of Dakhliyah, walis of Manah and Adam, and sheikhs and members of the Municipal Council of the two wilayats.