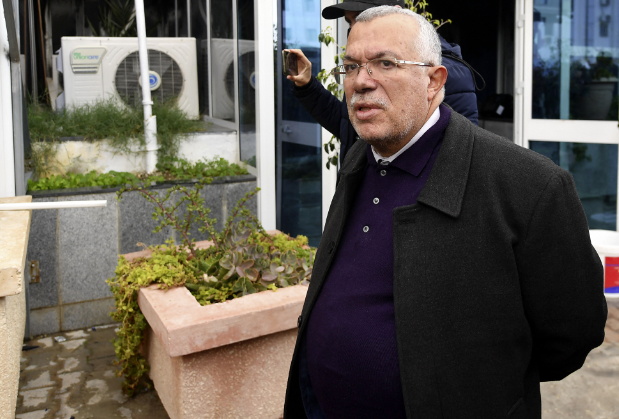 Tunis, Tunisia – A Tunisian ex-justice minister who launched a hunger strike after his arrest a week ago is ‘stable’ in hospital, a doctor said on Friday, as Human Rights Watch demanded his release.

He suffers from several pre-existing health conditions, including diabetes and hypertension, and has been hospitalised since Sunday.

“He is in a stable condition”, Habib Bougatfa, head of the intensive care unit at the Bizerte hospital north of the capital Tunis, told AFP.

Bhiri is on a hunger strike but has ‘agreed’ to undergo treatment for his hypertension, he added.

Ennahdha played a central role in Tunisian politics until a power grab by President Kais Saied in July last year.

Saied sacked the Ennahdha-supported government, suspended parliament — in which the party is the largest bloc — and later took steps to rule by decree.

Bhiri was taken in for questioning on December 31, along with former interior ministry official Fathi Baldi.

Their whereabout were kept secret and neither men has been charged, sparking condemnation in Tunisia and abroad.

On Thursday, Human Rights Watch said the men should be charged or set free.

“The authorities should free Bhiri and Baldi now or, if they have evidence of an actual crime, charge them under the law. It’s that simple,” Goldstein added.

Tunisia was the only democracy to emerge from the 2011 Arab Spring revolts, that ousted veteran autocratic leader Zine El Abidine Ben Ali.

But civil society groups and Saied’s opponents, including Ennahdha, have expressed fear of a slide back to authoritarianism.