Together we can save our environment 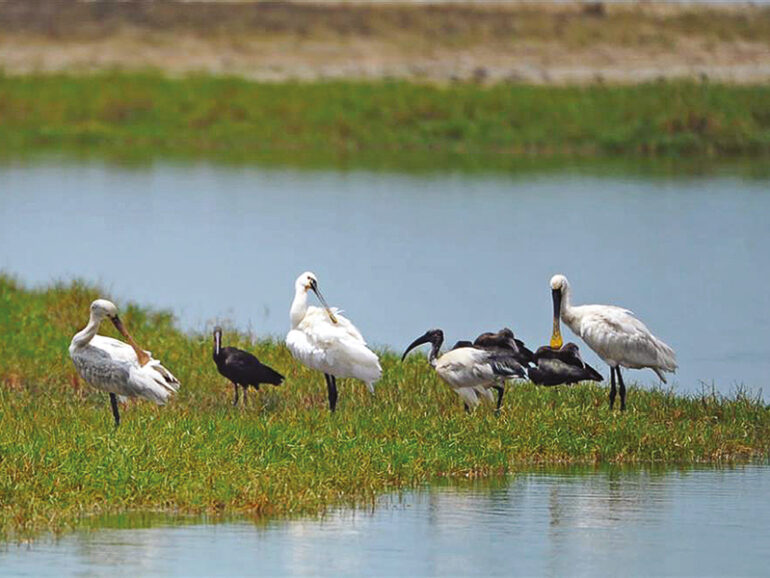 Muscat – The sultanate, represented by Environment Authority (EA), celebrated Oman Environment Day on Saturday, which is observed on January 8 annually, to participate in global efforts to preserve the environment’s resources and to emphasise its significance.

The authority has launched several initiatives to spread awareness on the importance of preserving the environment, including planting mangroves, a project to plant 10mn wild trees, cleaning up coral reefs in various parts of the sultanate, banning the use of single-use plastic bags and unveiled programmes for the new year.

These underscore the preparation of a national strategy associated with the goals of Oman Vision 2040.

“There is ongoing coordination between the Environment Authority and the Ministry of Commerce, Industry and Investment Promotion pursuant to which a decision to ban plastic bags is expected to be taken and a date to be set for the ban in the next few years,” said Dr Abdullah Ali al Omari, chairman of EA.

Omari pointed out that the use of single-use plastic bags was banned starting January 1, 2021. The bags were replaced with multi-use carriers which has resulted in cutting down the quantity of discarded plastics.

“Since its inception, Oman Vision 2040 has committed the environment sector to realise clear-cut objectives within the span of one decade. Accordingly, work started on Oman Environment Strategy envisaging a set of goals to be met on a yearly basis over a span of ten years as an executive plan for the next two decades,” he said.

“The programmes, initiatives and projects brought about by Oman Environment Strategy will reflect positively on the environmental performance of the sultanate, enhancing its global rating.

“A national team tasked with environment indicators has also been formed under the leadership of environment specialists and competent partners from public and private sector establishments.”

According to the National Centre for Statistics and Information, there are 25 vegetation and animal reserves in the sultanate. A total of 461 turtles were recorded in Ras al Jinz Turtle Reserve in 2021.

Each year, thousands of sea turtles migrate to the Arabian Peninsula to lay eggs in a natural habitat, including Ras al Jinz Turtle Reserve which has been preserved by authorities.

Visitors at Ras al Jinz Turtle Reserve are offered a chance to witness the turtles laying eggs during the wee hours, while some may even be lucky to spot other species of turtles.