Over 6,300 meteorites returned to Oman 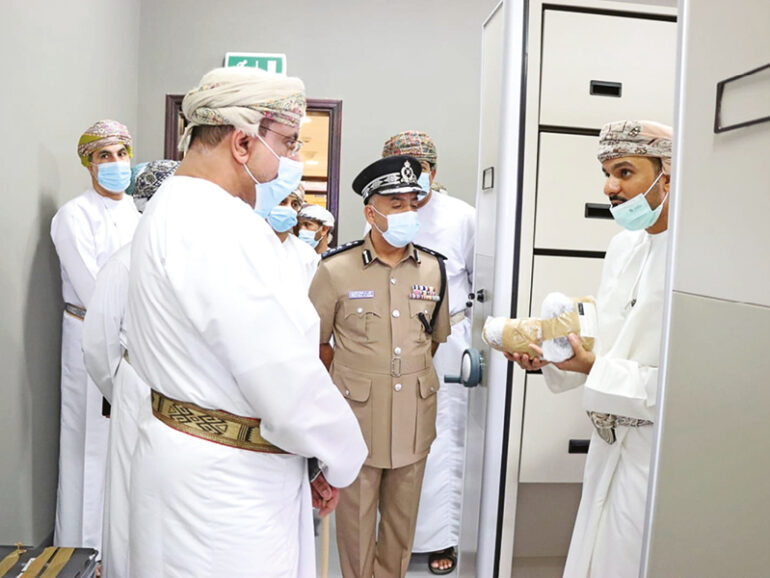 Muscat – The Ministry of Heritage and Tourism (MoHT) started a project to recover Omani meteorites on Monday.

The project was launched under the patronage of H E Ibrahim bin Said al Kharousi, Undersecretary for Heritage in the Ministry of Heritage and Tourism, in Nizwa Cultural Centre.

“The ministry has exerted great efforts for the project to restore Omani meteorites. We succeeded in recovering more than 1.7 tonnes of Omani meteorites that were earlier sent to scientific and research institutions for study and analysis,” H E Kharousi said.

According to the undersecretary, more than 6,300 meteorites have been recovered to date.

“The ministry recently established a warehouse for Omani meteorites in accordance with scientific requirements. It aims to preserve these meteorites and ensure that these are not affected by natural elements.”

“The ministry will benefit from this geological heritage by participating in exhibitions that allow visitors to learn about these meteorites and their scientific importance,” H E Kharousi added.

Some Omani meteorites were sent for study and scientific analysis to the Natural History Museum of Bern, Switzerland. In February 2020, the Ministry of Heritage and Culture signed an agreement with the museum to study and document those.