Pfizer jabs give 70% protection against Omicron 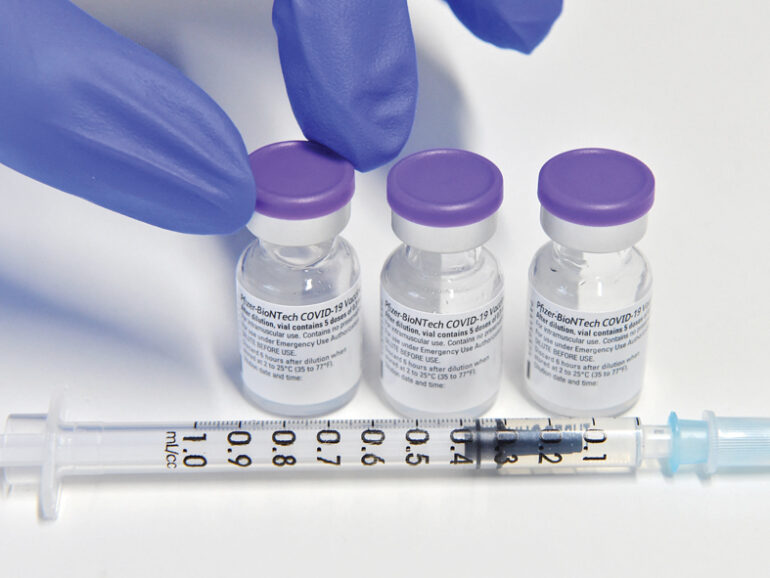 Johannesburg, South Africa – Two shots of Pfizer’s COVID-19 vaccine offers around 70 per cent protection against severe disease from Omicron, according to results of a study published Tuesday in South Africa.

The emergence of the highly mutated variant, first detected in South Africa last month, sparked fears that it could cause severe disease, be more contagious or could evade vaccines.

Early indicators suggest that it could be more transmissible, but promising data so far has suggested that vaccines still offer protection against Omicron.

The latest research out of South Africa suggested that two doses of the Pfizer/BioNTech vaccine still offered  protection against serious illness.

“The double dose of Pfizer/ BioNTech vaccine showing 70 per cent effectiveness in reducing risk of hospitalisation,” said Ryan Noach, head of South Africa’s leading private health insurance company, Discovery, which co-led the study. Two doses of the vaccine offered 93 per cent protection against earlier variants, according to the companies.

The study was based on the results of 78,000 PCR tests taken in South Africa between November 15 and December 7 and was conducted by Discovery along with the South African Medical Research Council. “We are extremely encouraged by the results,” said the council’s head Glenda Gray.

But Noach warned that despite the protection offered by two doses, hospitals could still be overrun since Omicron is spreading rapidly in South Africa.