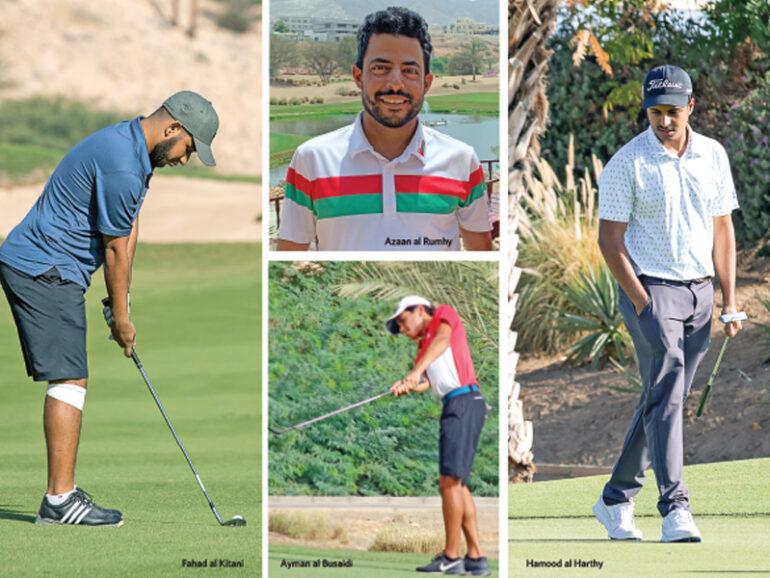 Muscat – A team of four golfers from Oman is on its way to Egypt to participate in the 40th Pan Arab Golf Championship to be held in Dreamland Golf Course from Thursday.

Following a series of qualifying events, Oman has selected a team of four players to represent the sultanate in the mega event to be held at Egypt’s world class facility – just a few minutes away from the Great Pyramids.

A press statement from Jamie Wood, championships and technical director at the Oman Golf Association, stated the team of four, which includes three ‘graduates’ from the OGA’s Junior Development Programme, is a ‘testament to the overall development of golf in the sultanate’, and reflects the focus that the sultanate accords on the juniors.

‘Joining the national team stalwart Azaan al Rumhy will be Hamood al Harthy, Fahad al Kitani and current junior squad member Ayman al Busaidi who at the age of 15 saw off several more seasoned players through qualifying to claim his spot on the team,’ the statement added.

‘This year’s event will be played from December 16 to 23 at the Dreamland Golf Course in Cairo and will bring together the finest golfers from the Middle East who compete, both as a team and individually.’

The best three scores from four will be counted each day for the team championship, and individual scores from each country will be weighed for gold, silver, and bronze medals, it said.

“Dreamland is a course that our players know well as it has been the host venue on several occasions before. We are very excited to be sending our team to participate in the championship,” Mundhir al Barwani, chairman of the Oman Golf Association was quoted as saying.

“It is great to see our younger players qualifying to represent the sultanate at the senior level and we must thank the Ministry of Culture, Sport and Youth and our partners viz., Sohar Aluminium, Moore, Haya Water and Oman LNG for their support to help develop golf in Oman,” he further said.

Morocco, the host of the previous edition of the championship would not take part in the competition this year.

“But we look forward to a good four days of competition against the other teams from the region,” Barwani added.