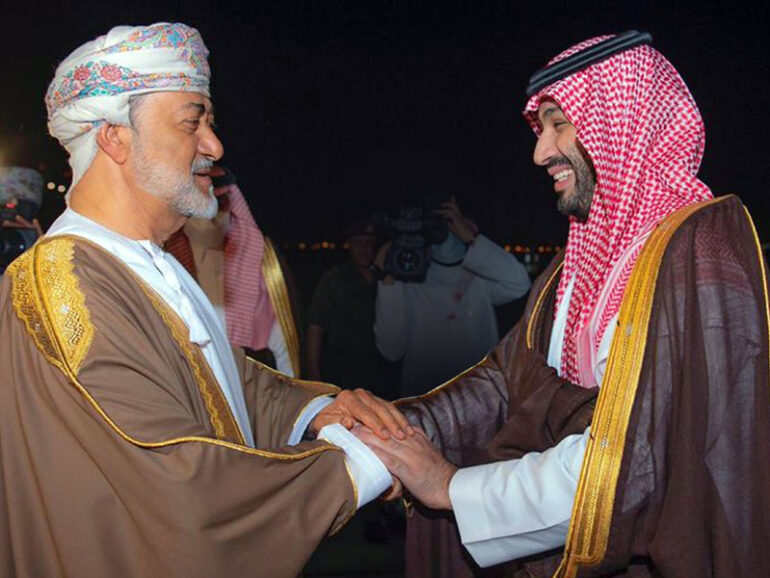 Muscat – Prince Mohammed bin Salman bin Abdulaziz al Saud, Crown Prince, Deputy Prime Minister and Minister of Defence in the Kingdom of Saudi Arabia, arrived in the Sultanate of Oman on Monday on an official visit.

When the jet of Prince Mohammed touched down at the Royal Airport, His Majesty the Sultan met the Royal guest at the foot of the ramp, welcoming him and wishing him and his official delegation a pleasant stay in his second home, Oman.

Flanked by two rows of Royal Guards of Oman, His Majesty the Sultan and Prince Mohammed headed to the vehicle and proceeded to Al Alam Palace.

During the visit, a number of areas and aspects of common interest will be discussed to serve the interests of the two countries, and to achieve the aspirations and hopes of the Omani and Saudi peoples for a more prosperous future.