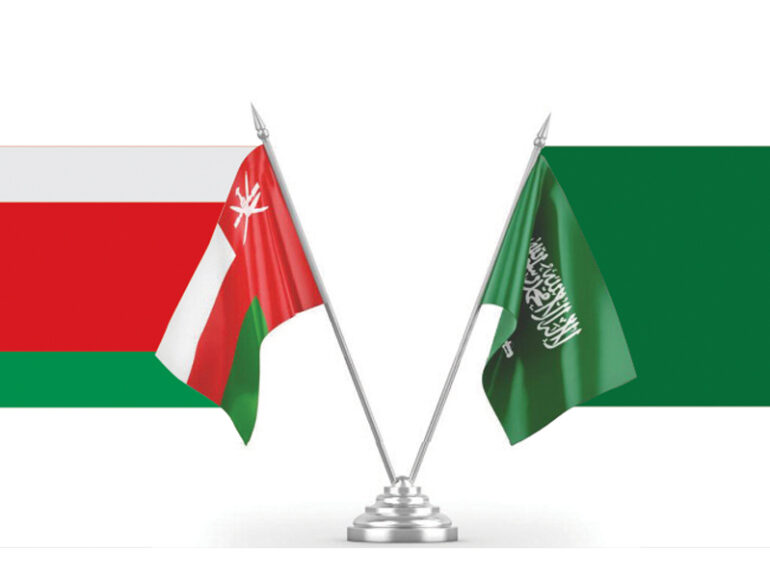 Muscat – The volume of trade between Oman and Saudi Arabia was RO595mn in the first half of 2021, according to the Government Communication Centre (GCC).

According to the GCC, Saudi Arabia was among the most important trading partners of the sultanate in 2020. It ranked second for non-oil exports, and second in the Gulf Cooperation Council.

Redha bin Juma al Saleh, chairman of Board of Directors of Oman Chamber of Commerce and Industry (OCCI), informed that the visit of Prince Mohammed bin Salman bin Abdulaziz al Saud, Saudi Crown Prince, Deputy Prime Minister and Minister of Defence, to Oman is a reflection of the strong brotherly relations between the sultanate and the kingdom.

He explained that data confirms the increasing trade exchange between Oman and Saudi Arabia. The volume of trade rose from RO461mn in 2010 to RO960mn in 2020.

“There are great prospects of steadily increasing the volume of trade in the future. The opening of a road between the sultanate and the kingdom will have a positive impact in facilitating and increasing trade exchange,” Saleh said.

The Omani-Saudi Business Council is working to accelerate trade between the two countries, enhance commercial cooperation and investment opportunities.

Saleh explained that there are indications Saudi Arabia will witness significant economic growth – 4.8 per cent – in 2022. Recent high-level visits between the two countries broaden horizons of cooperation and scope for increasing investments.

Meanwhile, the Ministry of Commerce, Industry and Investment Promotion has confirmed an increase in the number of Saudi companies in the sultanate from 467 in 2010 to 1,235 this year, a jump of 768 companies in 11 years.