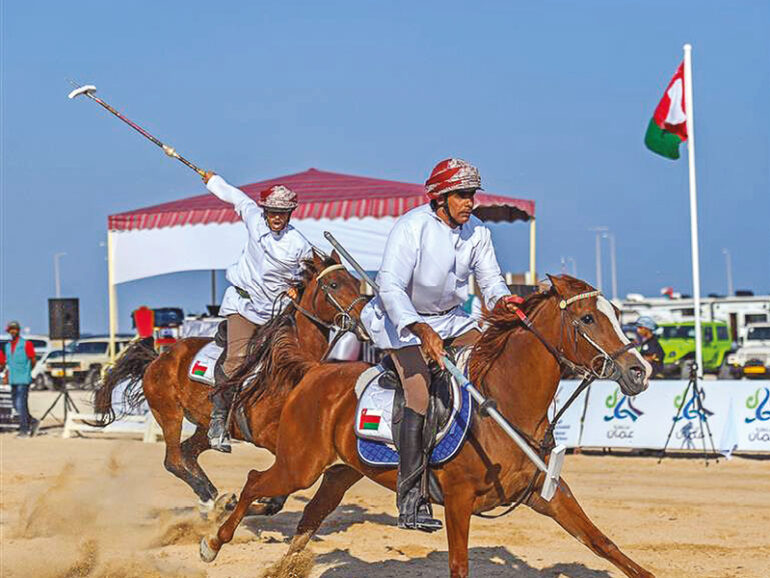 The final day of the championship was held under the patronage of Sheikh Sabaa bin Hamdan al Saadi, Secretary General of the Higher Committee for National Day Celebrations.

On Thursday, the championship kicked off under the auspices of H H Sayyid Loay Ghalib al Said.

The ceremony commenced with a parade that saw the participation of school children, equestrian sports, a performance by an Omani paragliding team and participating squads carrying flags of their respective countries. It included a display of horse-riding skills known in Oman as Ardhat al Khail.

H H Sayyid Loay said in a press statement that the championship enhanced Oman’s stature as a host of international events and promoted it globally.

Sheikh Ma’dad Mohammed al Yaqoubi, Governor of Al Wusta, said that the event was an opportunity to familiarise the world about Oman’s economic opportunities and tourist landmarks.
In a statement to ONA, Yaqoubi said small and medium enterprises, artisans and businesses who exhibited their products to participants and visitors will benefit from the championship.

He also spoke about ongoing cooperation between Oman and ITPF to develop the sport. Oman took first place in the third day’s competitions, while the Saudi team came second and Pakistan third.·