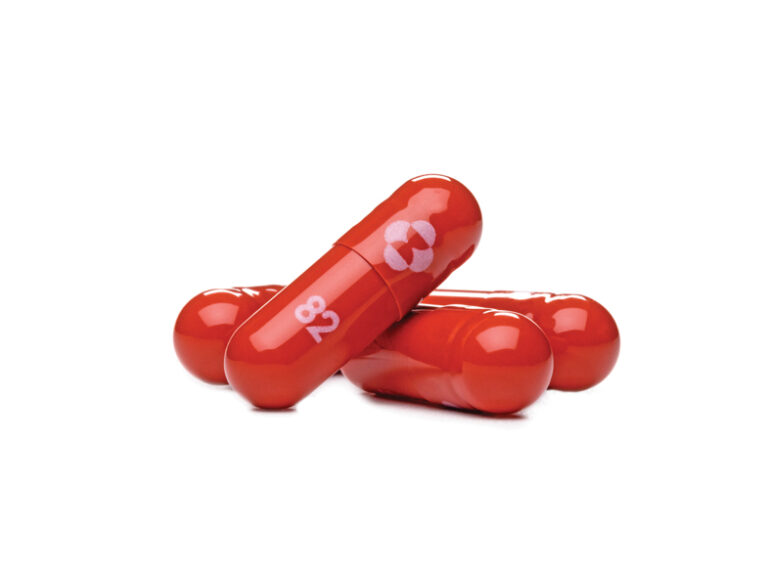 Washington – A panel of US health experts on Tuesday voted to recommend Merck’s COVID-19 pill for high-risk adults – a new form of treatment that is easy to administer and could prove better able to withstand variants, including Omicron.

Molnupiravir, already authorised in Britain, has been shown to reduce the rate of hospitalisations and deaths among people at high risk of developing severe COVID, when it is taken within five days of symptom onset.

The Food and Drug Administration (FDA), which convened Tuesday’s meeting, is now expected to grant an emergency use authorisation (EUA) for the treatment, meaning millions of courses will soon be stocked in pharmacies.

The independent scientists appointed by the FDA voted 13 in favour and 10 against authorisation – a narrow win that reflected some concerns over a recent downgrading of the treatment’s efficacy results, as well as misgivings over potential side-effects.

Sascha Dublin, of the Kaiser Permanente Washington Health Research Institute, said that while she found the benefits compelling and voted ‘yes’, it will be important to make sure the treatment is strictly regulated and goes only to patients best suited for it.

Daria Hazuda, Merck’s vice president of infectious disease discovery, told AFP after the vote, “We need as many tools in the toolbox as possible to really make an advance in this pandemic as this virus continues to evolve.”

Last week, Merck, known as MSD outside the United States and Canada, released full results from a clinical trial of 1,400 people.

These showed the pill reduced the risk of hospitalisations and death by 30 per cent, a significant result albeit more modest than an earlier advertised figure of 50 per cent, which was based on an analysis from half the number of patients.

Hazuda said the reason might be an unexplained drop in the rate of severe cases in the placebo group during the second half of the study, which may have made the drug appear less effective than it was.

Briefing documents uploaded by the FDA ahead of the meeting illustrated the benefit-risk balance the experts were asked to assess.

Potential harmful effects were noted on fetal development, as seen in studies on rats and rabbits, and Merck said it would not recommend use of molnupiravir in pregnant women.

The company did not seek authorisation for children, and the FDA said it didn’t plan to carry out pediatric trials until safety is established in juvenile rats over concerns related to bone formation.

Currently, the most effective treatment for COVID-19 is monoclonal antibodies, which are administered via a drip and have been shown to reduce the risk of severe cases in high-risk patients by up to 70 per cent.

But pills have the advantage of being far more easy to use, and, unlike antibodies, don’t require a visit to an infusion site.

Merck’s treatment is taken as four capsules, twice a day, over five days – for a total of 40 pills.

It was found to be safe in its clinical trial, with non-serious adverse events such as diarrhea and dizziness occurring roughly equally between the placebo group and the drug group.

Molnupiravir, which was developed in partnership with Ridgeback Biotherapeutics, works by introducing mutations into the genetic material of the coronavirus, inhibiting its ability to replicate.

It is thought likely to be more variant-proof than monoclonal antibodies or vaccines, because unlike them, it does not target the ever-mutating spike proteins that dot the surface of the virus.

Molnupiravir’s error-driving mechanism has also raised concerns, including that it could harm mammal DNA. In its presentation, however, the FDA said rat studies showed this effect was negligible.

Another worry is whether the mutations the pill introduces might lead to a dangerous evolution of the virus itself, spurring new variants.

This is ‘currently a theoretical concern’, that hasn’t been found in real life, the FDA said.

“Treating people should reduce the probability that you’re going to transmit these super variants, as opposed to allowing untreated people to transmit the virus,” stressed Hazuda.

The US government has committed to buying 3.1mn courses of molnupiravir for approximately US$2.2bn, with the option to purchase more.