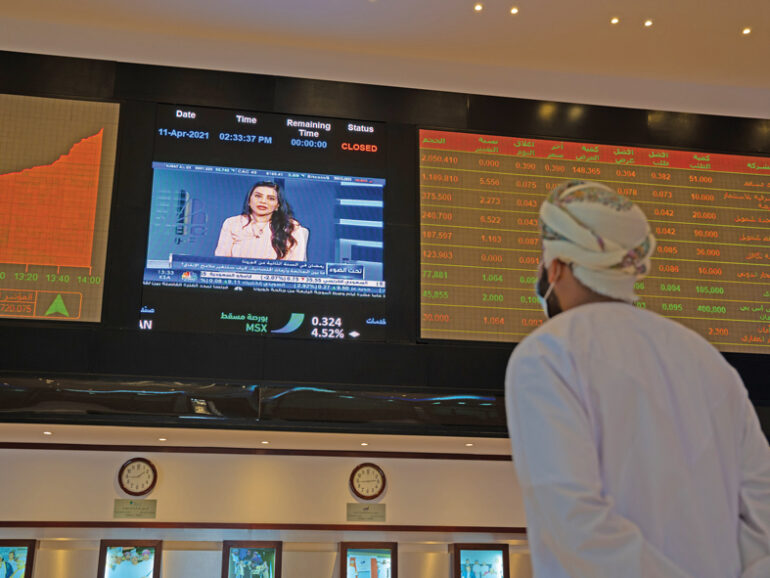 Muscat – After witnessing fast recovery in corporate earnings during the first and second quarters of this year, listed companies on the Muscat Stock Exchange (MSX) recorded slow growth in profits during the third quarter of 2021, mainly due to steep fall in earnings of telecom and utility sector companies.

Banks and some industrial sector companies mainly contributed to the overall year-on-year growth in net profits at the MSX-listed firms. However, telecom and utilities sectors reported a steep decline in earnings, Kamco Investment said.

Lower operating expenses and a decline in net impairment contributed to the growth in the bank’s earnings.

‘The COVID-19 pandemic has largely remained under control over the last few months with declining cases as well as due to a fast paced vaccination effort in the GCC. As a result, bulk of the economic sectors are back at pre-pandemic capacities barring a few that include tourism and hospitality sectors,’ Kamco Investment said.

Aggregate net profits reported by companies listed on the GCC exchanges reached a new record high during the third quarter of 2021 at US$55.5bn, an increase of 123.4 per cent year-on-year. Higher profitability reflected accelerated economic activity in the region, Kamco Investment said.

‘The increase reflected positive earnings growth across the seven exchanges with Kuwait leading during the quarter led by an aggregate net profit of US$5.6bn, an increase of almost six folds.

Profits for Saudi Arabia, Dubai and Bahraini firms also more than doubled during the quarter, whereas Omani firms reported only marginal growth of 3 per cent,’ the report said.

As per Kamco Investment, GCC corporate earnings for the first nine months of 2021 more than doubled to US$139.1bn as compared to US$65.6bn during the same period of 2020. The increase was mainly led by higher profits reported by Saudi Arabian companies with a net profit growth of 127.5 per cent to reach US$101bn in the first nine months of 2021 against US$44.4bn in the corresponding period of 2020. Listed companies in Abu Dhabi and Qatar reported total net profits of US$11.6bn and US$9.1bn, respectively.